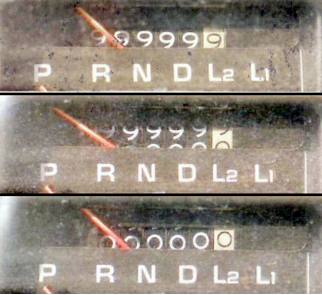 Jobs said that they have over 140k apps as of Jan 27th. The spider on 148apps.biz has been pretty accurate and it’s showing a bit over 150k apps as of today. Over 21k apps were added in January, with only December’s 25k apps beating it for the record.

The add rate was seen steadying around 10k/mo. during the latter half of last year, but I am going to go out on a limb here and predict that 20k/mo is the new norm. With the iPad coming on stream, I would not be surprised if Apple announces the 200k total sometime around May 1st.

On the app odometer, 100k will roll over every 5 months.