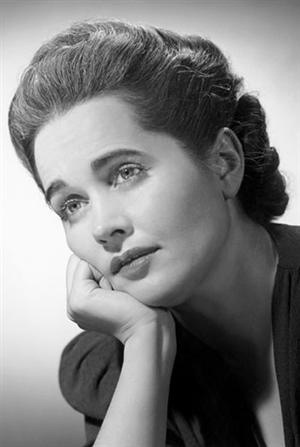 On the eve of iPad sales start, and the soon-to-be classic quotes from iPad experts, it’s time to play back some of the classic iPhone expert predictions from yesteryear:

“[iPhone] just doesn’t matter anymore. There are now alternatives to the iPhone, which has been introduced everywhere else in the world. It’s no longer a novelty.” – Eamon Hoey, Hoey and Associates, April 30, 2008

“We are not at all worried. We think we’ve got the one mobile platform you’ll use for the rest of your life. [Apple] are not going to catch up.” – Scott Rockfeld, Microsoft Mobile Communications Group Product Manager, April 01, 2008

“Microsoft, with Windows Mobile/ActiveSync, Nokia with Intellisync, and Motorola with Good Technology have all fared poorly in the enterprise. We have no reason to expect otherwise from Apple.” – Peter Misek, Canaccord Adams analyst, March 07, 2008

“What does the iPhone offer that other cell phones do not already offer, or will offer soon? The answer is not very much… Apple’s stated goal of selling 10 million iPhones by the end of 2008 seems ambitious.” – Laura Goldman, LSG Capital, May 21, 2007

Motorola’s then-Chairman and then-CEO Ed Zander said his company was ready for competition from Apple’s iPhone, due out the following month. “How do you deal with that?” Zander was asked at the Software 2007 conference. Zander quickly retorted, “How do they deal with us?” – Ed Zander, May 10, 2007

“The iPhone is going to be nothing more than a temporary novelty that will eventually wear off.” – Gundeep Hora, CoolTechZone Editor-in-Chief, April 02, 2007

“Apple should pull the plug on the iPhone… What Apple risks here is its reputation as a hot company that can do no wrong. If it’s smart it will call the iPhone a ‘reference design’ and pass it to some suckers to build with someone else’s marketing budget. Then it can wash its hands of any marketplace failures… Otherwise I’d advise people to cover their eyes. You are not going to like what you’ll see.” – John C. Dvorak, March 28, 2007

Even if [the iPhone] is opened up to third parties, it is difficult to see how the installed base of iPhones can reach the level where it becomes a truly attractive service platform for operator and developer investment.” – Tony Cripps, Ovum Service Manager for Mobile User Experience, March 14, 2007

“I’m more convinced than ever that, after an initial frenzy of publicity and sales to early adopters, iPhone sales will be unspectacular… iPhone may well become Apple’s next Newton.” – David Haskin, Computerworld, February 26, 2007

“Consumers are not used to paying another couple hundred bucks more just because Apple makes a cool product. Some fans will buy [iPhone], but for the rest of us it’s a hard pill to swallow just to have the coolest thing.” – Neil Strother, NPD Group analyst, January 22, 2007

“The iPhone’s willful disregard of the global handset market will come back to haunt Apple.” – Tero Kuittinen, RealMoney.com, January 18, 2007

“[Apple’s iPhone] is the most expensive phone in the world and it doesn’t appeal to business customers because it doesn’t have a keyboard which makes it not a very good email machine… So, I, I kinda look at that and I say, well, I like our strategy. I like it a lot.” – Steve Ballmer, Microsoft CEO, January 17, 2007

“iPhone which doesn’t look, I mean to me, I’m looking at this thing and I think it’s kind of trending against, you know, what’s really going, what people are really liking on, in these phones nowadays, which are those little keypads. I mean, the Blackjack from Samsung, the Blackberry, obviously, you know kind of pushes this thing, the Palm, all these… And I guess some of these stocks went down on the Apple announcement, thinking that Apple could do no wrong, but I think Apple can do wrong and I think this is it.” – John C. Dvorak, January 13, 2007

“I am pretty skeptical. I don’t think [iPhone] will meet the fantastic predictions I have been reading. For starters, while Apple basically established the market for portable music players, the phone market is already established, with a number of major brands. Can Apple remake the phone market in its image? Success is far from guaranteed.” – Jack Gold, founder and principal analyst at J. Gold Associates, January 11, 2007

“Apple will launch a mobile phone in January, and it will become available during 2007. It will be a lovely bit of kit, a pleasure to behold, and its limited functionality will be easy to access and use. The Apple phone will be exclusive to one of the major networks in each territory and some customers will switch networks just to get it, but not as many as had been hoped. As customers start to realise that the competition offers better functionality at a lower price, by negotiating a better subsidy, sales will stagnate. After a year a new version will be launched, but it will lack the innovation of the first and quickly vanish. The only question remaining isif, when the iPod phone fails, it will take the iPod with it.” – Bill Ray, The Register, December 26, 2006

“The economics of something like [an Apple iPhone] aren’t that compelling.” – Rod Bare, Morningstar analyst, December 08, 2006

“Apple is slated to come out with a new phone… And it will largely fail…. Sales for the phone will skyrocket initially. However, things will calm down, and the Apple phone will take its place on the shelves with the random video cameras, cell phones, wireless routers and other would-be hits… When the iPod emerged in late 2001, it solved some major problems with MP3 players. Unfortunately for Apple, problems like that don’t exist in the handset business. Cell phones aren’t clunky, inadequate devices. Instead, they are pretty good. Really good.” – Michael Kanellos, CNET, December 07, 2006

Nostalgia was better in the old days…