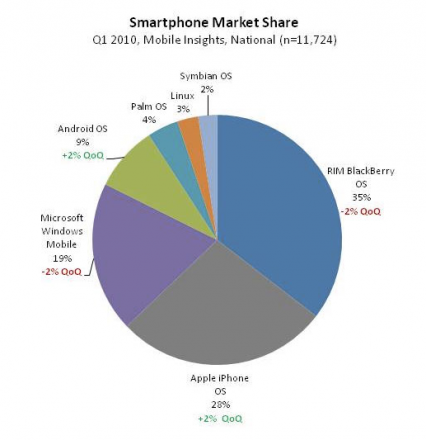 Although Android is often considered in competition with the iPhone, as we’ve shown in the past, the two are seldom competing for the same purchase decision.  From a distribution and business model point of view, the platforms are mostly non-overlapping.