The following chart shows the value of Apple’s cash and cash equivalents for end of 2010: 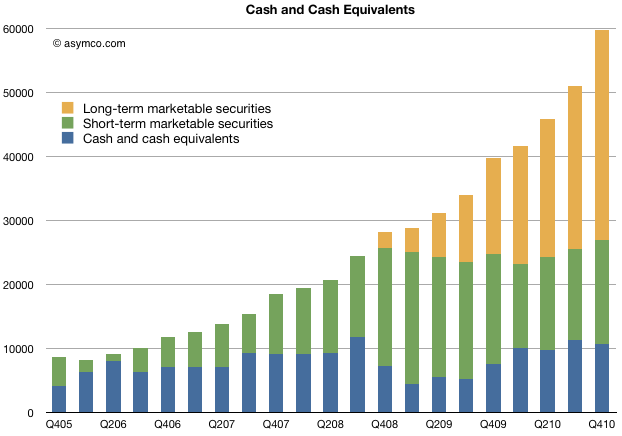 Here is a list of iconic companies whose market cap is less than Apple’s cash.

I would also make note of the trajectory of the cash. Growth is accelerating. The last quarter Apple added $8.7 billion in cash. A year earlier it added 5.8 billion and the year before that $3.6 billion.

If the trend continues, Apple could see $100 billion in cash by this time next year. That’s about what HP is worth now.