The latter two claims are illustrated below: 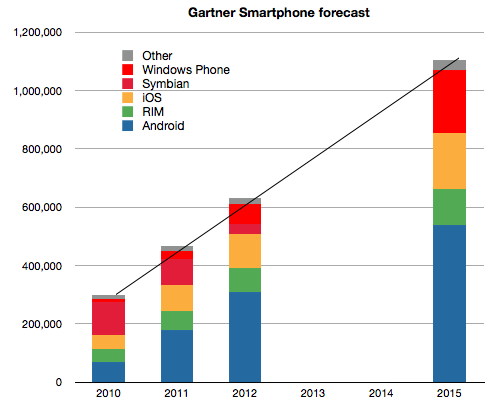 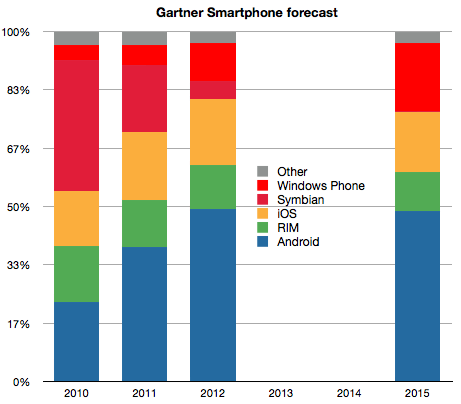 Notwithstanding the defensibility of these claims Gartner analysts makes some further assumptions (quoted verbatim).

These assumptions may be valid, but from where I’m sitting, the first assumption contradicts Apple’s COO, the second would be an engineering marvel and the third would be an organizational miracle.

Putting together all the long term forecasts with what is already known about the market history gives the following combined forecast. 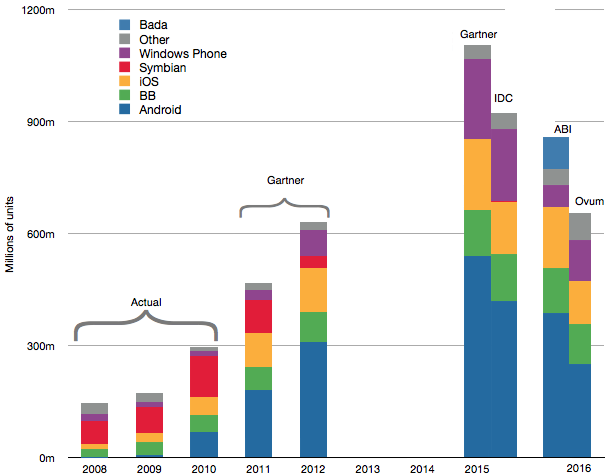 At the risk of repeating myself, the only thing I can summarize from this collective wisdom is that the over-riding assumption in forecasting seems to be that the future is an extrapolation of the present. That would indeed be a miracle.