Revenues for the eight phone vendors I track increased overall during the last three years. The compounded annual growth was about 13%.  However the growth was not evenly distributed. The following chart shows revenue growth across three time frames: Three year compounded, year/year quarterly and sequential quarterly. 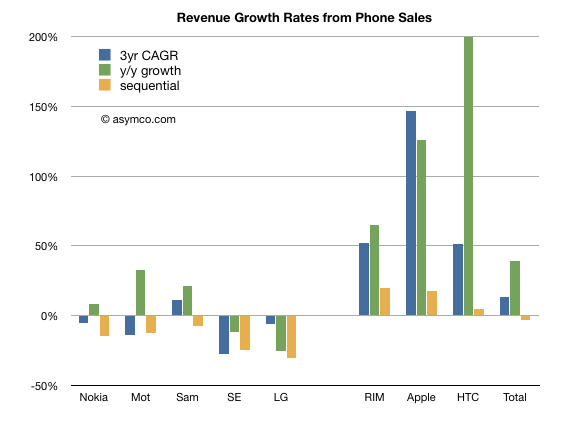 I separated the incumbent companies from the “entrant” smartphone vendors for contrast.

Looking at individual performance, the following chart shows how each vendor performed over time:

The share of revenues is shown in the following chart (I highlighted the smartphone cohort): 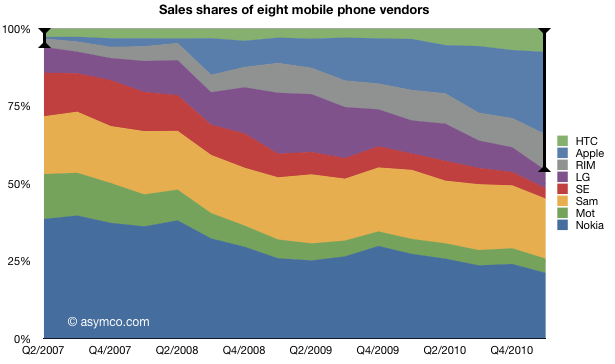 The ascent of the entrants is shown in the league table below: 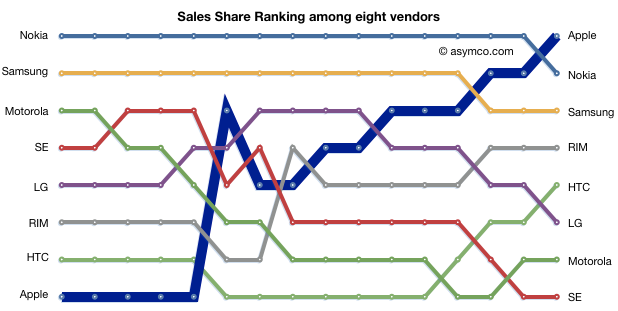 The headline that Apple became the biggest phone vendor in the world by revenue has already flashed across the feeds of the world. It’s another straw on the camel’s back. But I’d like to take a moment to note that this is not just an Apple story.

If you look at the league table, RIM, HTC and Apple were at the bottom three years ago and now they are either in the top or the middle. RIM in particular deserves credit for reaching the fourth spot and staying there. HTC also has shown a late surge to fifth passing LG, Motorola and Sony Ericsson in the process.