In intra-day trading Apple’s stock price traded at a P/E ratio below 15. That threshold is now at a price of about $315/share. Excluding cash the P/E is under 12. On a forward basis, there is widespread agreement that Apple has the reward (yield) profile of a bond without the risk of inflation.

The history of the P/E ratio and the share price is shown in the following chart: 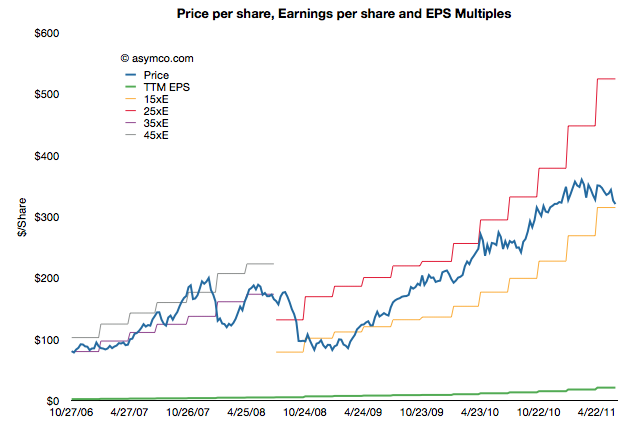 As the chart shows, Apple traded in a range of P/E between 35 and 45 until late 2008 and has been trading between a range of 15 and 25 since about spring 2009. It might seem that the price is rewarding growth, but it’s not.

When adjusting for the growth the company has maintained, the company is at a similar P/E/tG (Price/Earnings/trailing Growth) to the depths of the recession. 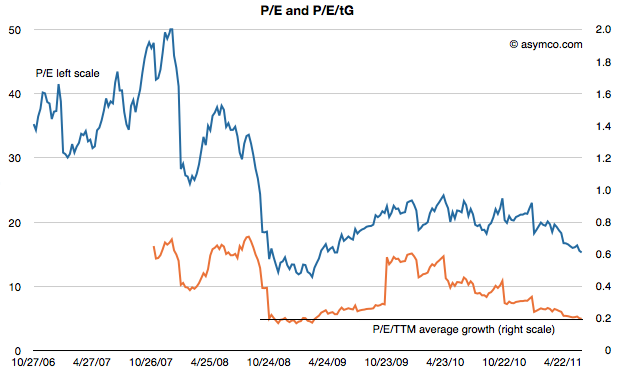 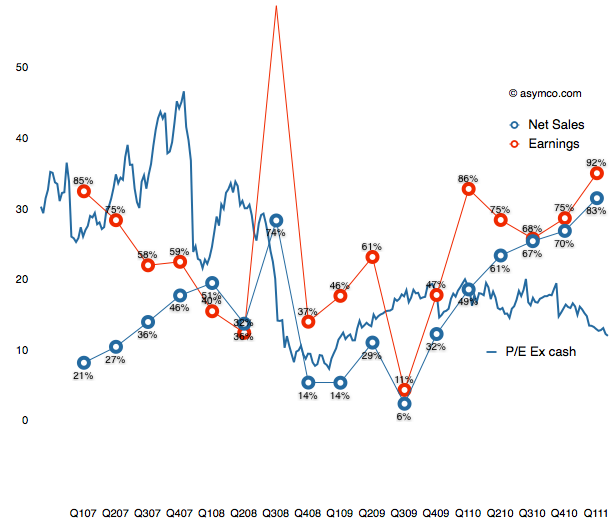 From a historic perspective, Apple is as cheap as it was at the bottom of the recession. At the time there were many reasons given for why the company would suffer ‘headwinds’. Most commonly cited was that the company was a maker of “luxury” products and luxury does not sell in a recession.

Today reasons being given for why the company will not prosper are far more nuanced. I won’t re-iterate them but they deal with competition, platform issues, production issues, sympathy with companies that are failing, and saturation of markets.

The trouble is that these arguments are easier to refute than the luxury vs. economy argument.  Exactly because the arguments are more precise, there is data that can be used to counter pessimism.

And yet, with or without data, markets sometimes decide that profits are not reliable indicators of value created or potential for value creation.