The latest comScore MobiLens is out and it allows an update to the picture of the US phone using population. Through the three month period ending May 2011, smartphones were in use by 76.8 million or about one in three US phone users. Here are some other highlights:

I’ve updated the countdown counter (Phone Tipping point at top of right column on this page) to reflect the new date.

The following charts show the penetration and switching rates. 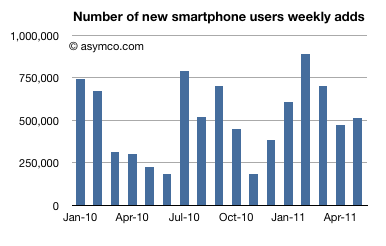 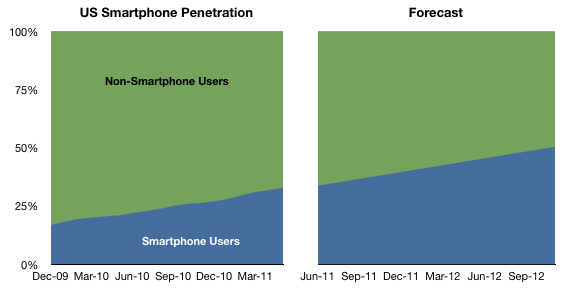