The composition and growth of liquid assets is shown in the following chart: 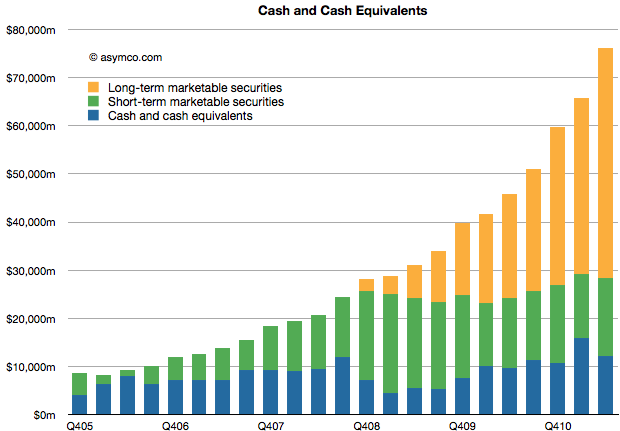 There is little I can think to say about this that hasn’t already been said (see last Critical Path show.)

In Q1 2009 the company’s share price briefly traded at $78. A buyer of shares at that price will have recovered their investment in retained earnings in nine quarters.