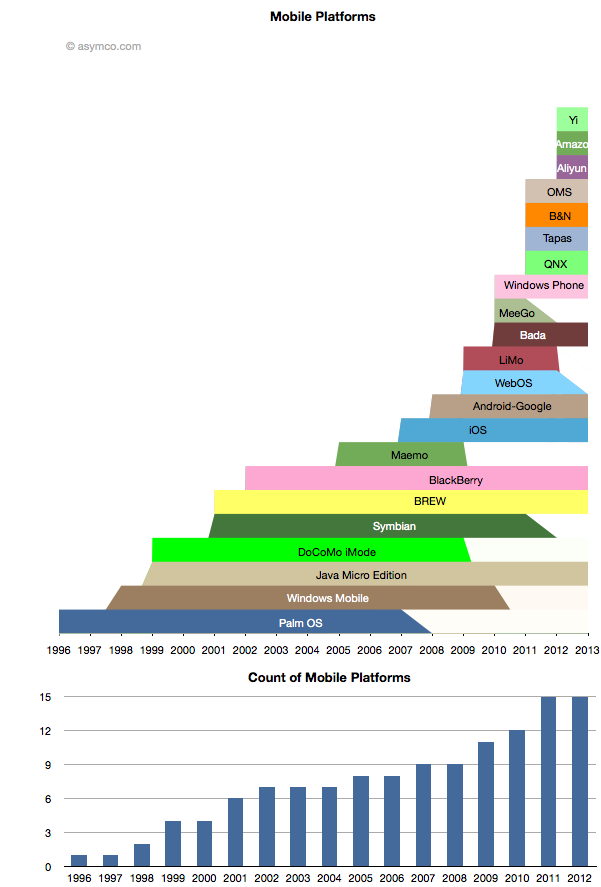 Amazon’s entry is only rumored but I think the description of it is detailed enough to be credible. The day after the scoop with Amazon, Baidu announced the Yi platform. Baidu is the sixth most visited site in the world, so it’s not a bit player and it makes as much sense for Baidu to have a mobile platform as it does for Google.

Aliyun is Alibaba’s latest and it, like Amazon’s, is positioned on commerce and shopping. I also included the platform underlying Barnes & Noble’s Nook for consistency.

Many of the newcomers are Android-like or Android-derived platforms but cannot be rightly called Android as they are not licensing the Android trademark nor any of the proprietary part of Android. They may run some subset of Android apps but that is not guaranteed to continue.

It’s also worth noting that many of the newer Android-derived platforms are being launched by Google’s competitors and indeed seem to be designed to take value away from Google.

The epic struggle Android vs. Google is sure to continue.