The previous article showing the profile of Apple’s growth vs. its P/E prompted a similar review of a set of comparable companies. The cohort is composed of:

We made one change to the growth data from the previous post where the Net Income growth is not quarterly year-on-year but average of four quarters year-on-year. This reflects the fact that P/E is also a trailing twelve months’ earnings. It also has the benefit of smoothing the growth data making it easier to discern.

Here are the charts: 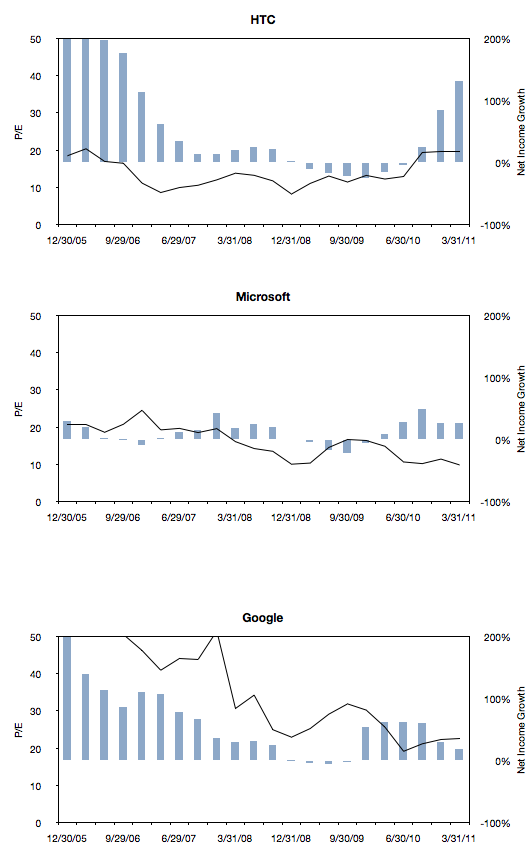 There are some anomalies, for example growth due to an acquisition or loss of profitability due to re-organizations, however the patterns are probably what matter most.

Next post will discuss the relationship between P/E and growth in the pre- and post-crisis time windows for all these companies.