In last week’s discussion of Apple’s (historically low) valuation, comments arose that perhaps the company’s discount is not unique. Can we look at comparable companies and determine whether the relationship between growth, size and valuation are consistent?

The challenge is in finding “comparable” companies. Apple is characterized by being large in terms of market capitalization, highly profitable, in the technology sector and growing relatively quickly. One can find a cohort of companies with each of these characteristics but not all.

The group I settled on is shown in the list below ranked by market cap. 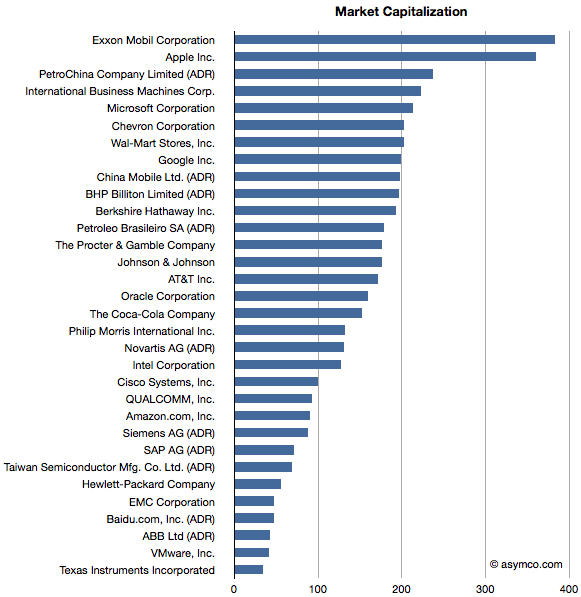 Companies below $130 Billion in market cap (i.e. below Novartis) are in the top 20 technology list but not in the top 20 overall list.

I then plotted the P/E rate vs. 5 year Growth Rate for these companies, separating the tech sector by color (Red): 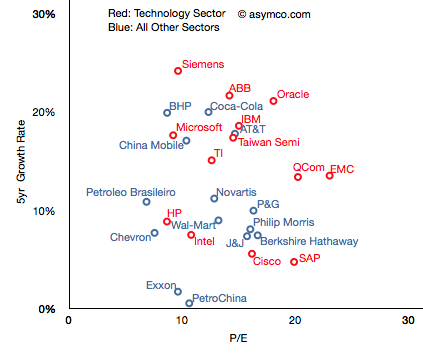 The pattern is not encouraging. It appears that there is no correlation. Perhaps the technology companies are, as a group, further up and to the right, but overall they are equally unobservant of growth.

For example, SAP has grown less than 5% in five years and yet enjoys a P/E of 20 whereas Microsoft has grown 18% and has a P/E of less than 10. The non-technology sector companies are similarly broken. Berkshire Hathaway, a conglomerate, is rewarded for slow growth and China Mobile is punished for relative high growth.

But you’ll notice that some companies are not on this chart. That’s because they are outliers. Their growth or P/E are so far out of this cluster that the would make it impossible to discern individual performance. The complete “top 20” picture is shown in the following chart which will require either a large display or a lot of scrolling (1300×1364 pixels): 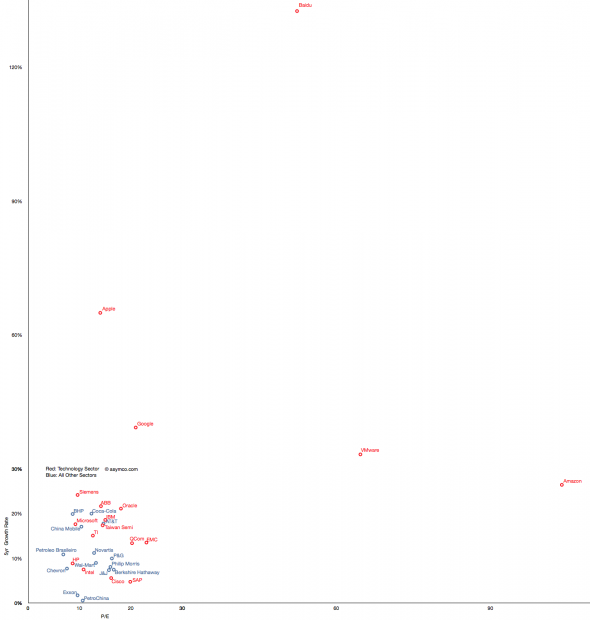 With this level of detail, we can see how distinct some companies are. Not only from a correlation point of view but from a cluster of peers. The outliers are Amazon, Baidu, VMware, Google and Apple.

These outliers can be seen also in ranking of P/E and Growth: 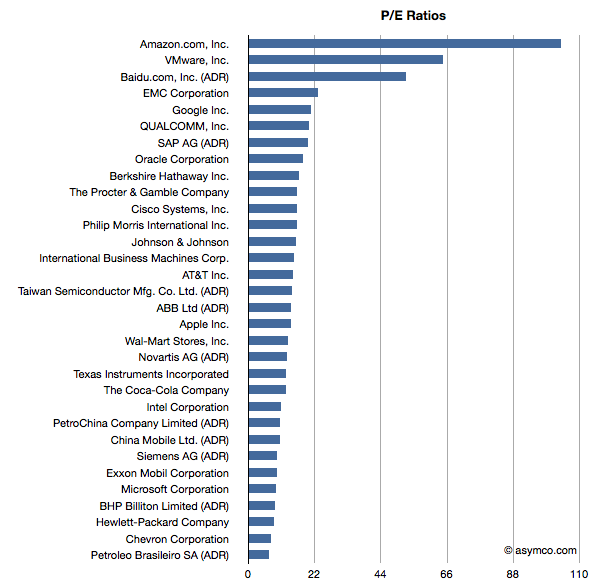 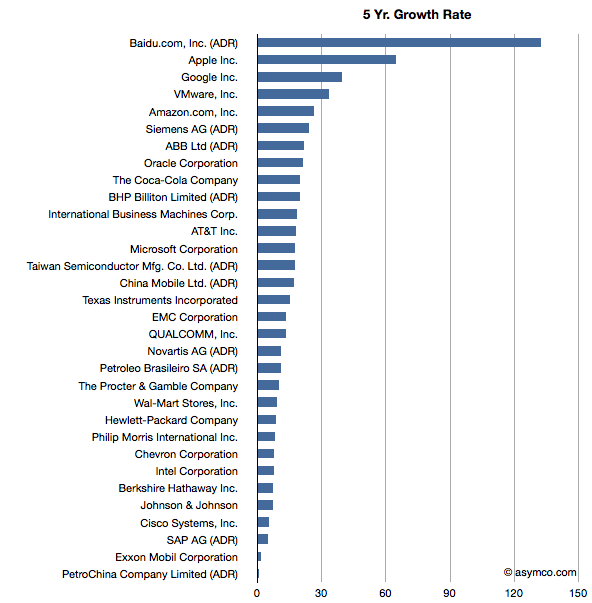 What this analysis shows is that the market does not have any “rule” of rewarding growth with a high P/E. If anything, the outlier analysis shows that there are significant anomalous valuations that cannot be explained by growth data.

Similar anomalies and lack of correlation can be observed.