Tomi Ahonen has compiled a fascinating data set on 42 major countries’ smartphone penetration rates. The compilation is based on Netsize Guide, Informa, Google and Ipsos data. It is a complex sample with multiple possible sources of error (read the post for the caveats.) However, this is a breakthrough. It’s the first time I’ve seen this level of detail at a country level in the public domain.

So the first piece of analysis is to show this measure of penetration (smartphones as a percent of subscriptions) for the 42 sampled countries.

This view shows which countries “lead” adoption in terms of penetration. It shows that the US is quite high in the ranking and the most penetrated “large” country.

This is highlighted by the following chart which shows penetration of smartphones vs. total subscriptions with bubble size representing population size. 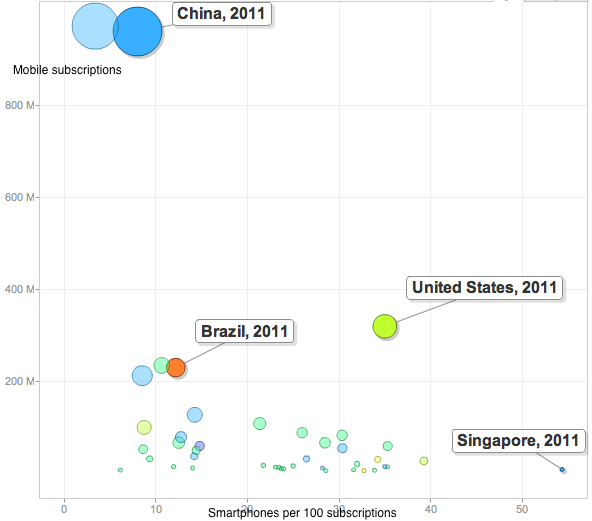 The US stands out from the inverse relationship between size of mobile population and smartphone penetration.

Part of this is due to the US having relatively low mobile penetration in general. It’s below the median because multiple mobile phone use is uncommon. 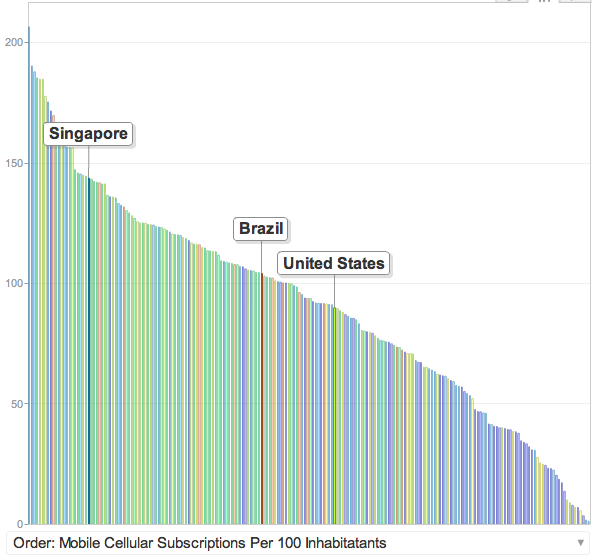 But these bits of data are not the most interesting. In my opinion the following is: 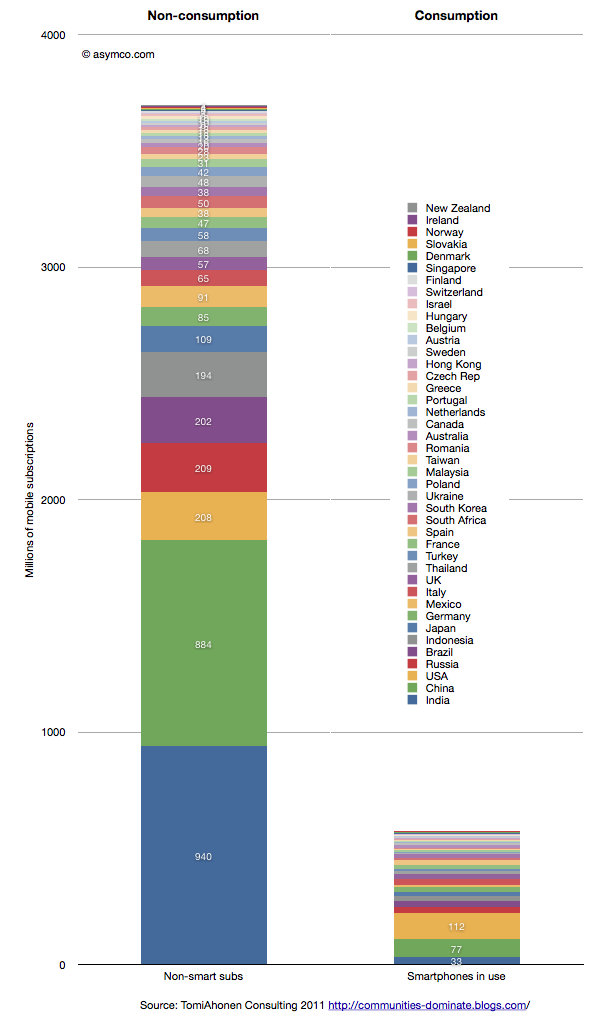 There are 3.7 billion non-smart connections and 0.6 billion smartphones in use. Although not all of these 3.7 billion connections need to be enabled with a smartphone, the fact remains that there are six times as many non-consuming network connections that can still be addressed.

How and when this ocean of non-consumption will be converted to computing devices are the most obvious questions the data raises. Of the selected countries only 13.5% of the connections are “smart”.

ITU data shows that at the end of 2010 there were 5.4 billion global subs. This survey was conducted more recently so the total is likely much higher (perhaps around 6 billion). The survey thus covers about 72% of the world. That implies that at least 90% of the market remains unserved.