“Yes. I think it’s possible if you integrate tablets”

– Meg Whitman, HP CEO in response to the question of whether Apple could overtake HP in computer sales in 2012.

However, according to Gartner, HP shipped 14.7 million PCs in the last quarter. While we don’t have the total global figure for Apple, my estimates are 5.2 million Macs and 14.7 million iPads, for a total of 19.9 million computers in the same period.

There might be an error in both Gartner’s and my numbers, but the gap of over five million in Apple’s favor is unlikely to disappear.

The history of shipments from these vendors  is shown below. 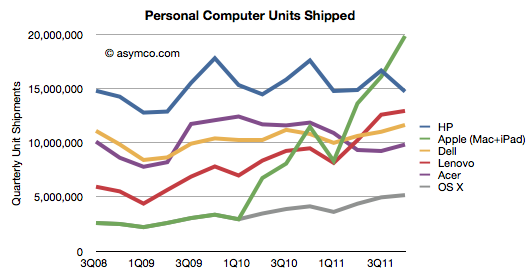 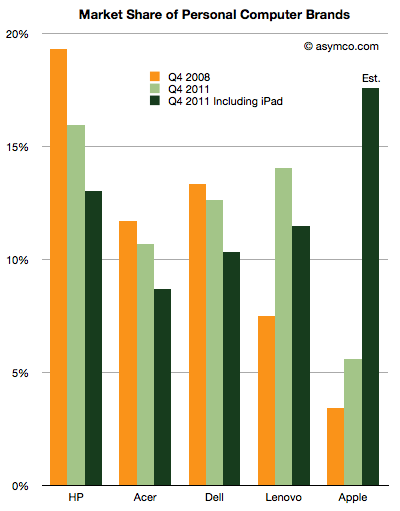 Apple is ahead of schedule on their taking[2] the top spot in terms of units.