Sprint reported its first iPhone quarter sales at 1.8 million. You may recall my analysis of Sprint’s “gamble” where I estimated that Sprint will easily sell the 31 million iPhone which they committed to buy from Apple. I had estimated that they could sell an average of 7 million units a year but perhaps conservatively they could ramp at 4, 6, 9 and 12 over the four year period rumored to be in the contract.

Given the pent-up demand I also estimated that the first quarter could reach 2 million units. They managed 1.8 and that’s a solid start. Overall the US carriers activated 13.7 million iPhones. Here are the iPhone activations by US Operator: 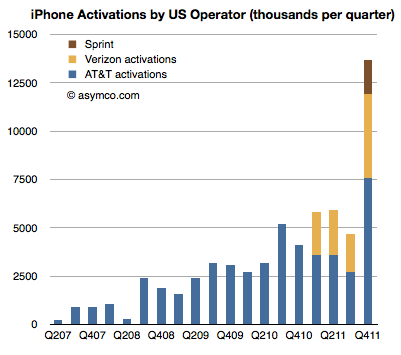 That’s 37% of the total market in Q4, shown in area and bar charts below: 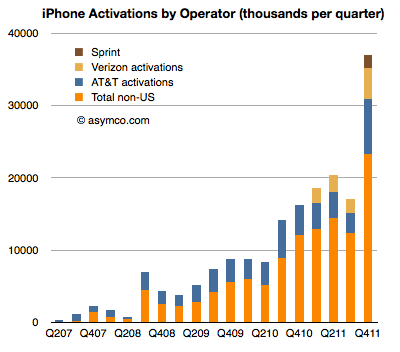 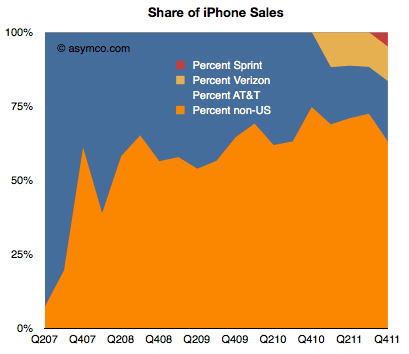 By comparing the net adds to US install base from comScore survey data, we can estimate that about 63% of US purchases of iPhones were replacements and that 8.7 million iPhones were put out of use in the US last quarter. 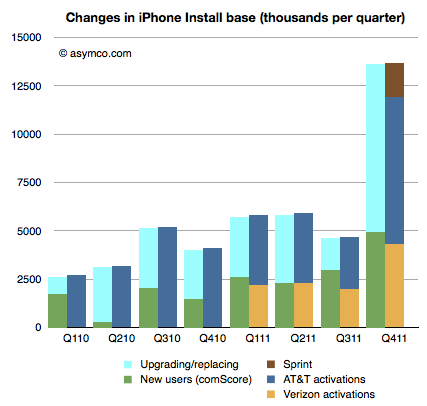