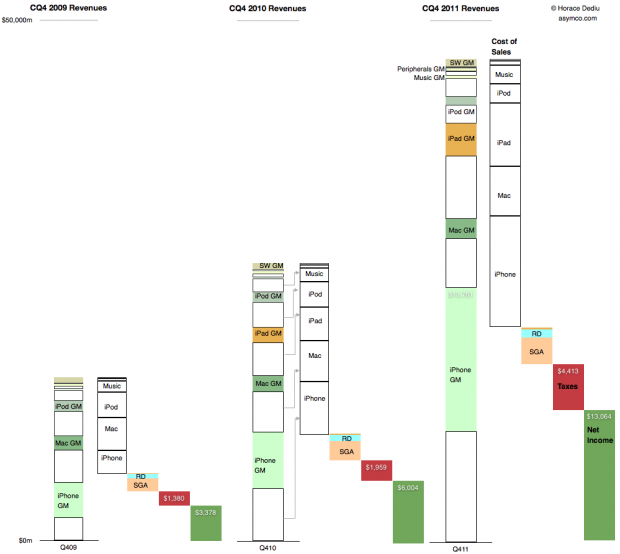 The convention used is to show revenues in the first column, cost of sales in the second followed by operating expenses, taxes and net income in the last (dark green) column.

For the revenue column, individual products are shown stacked from highest to lowest revenues and further divided into variable costs and gross margin.

The costs are then drawn separately leaving net income (or profit). Ratios between various quantities can be visualized:

Given this perspective it’s perhaps more obvious how much and from which business Apple has grown.