The latest data from Google shows that the Android activation rate is increasing at a relatively steady rate (i.e. acceleration is constant). The data provided so far is in the blue circles below. The green line is the interpolation and extrapolation of that data. 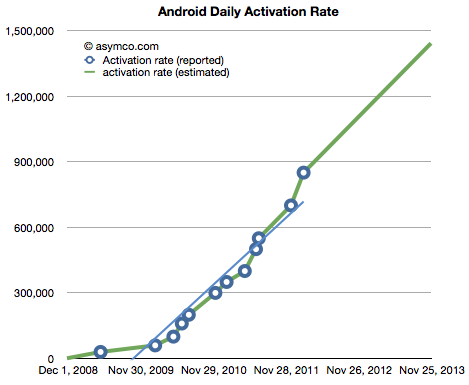 The corresponding number of cumulative activations is shown on the following log chart (with blue circles showing the actual data and the green estimates.) 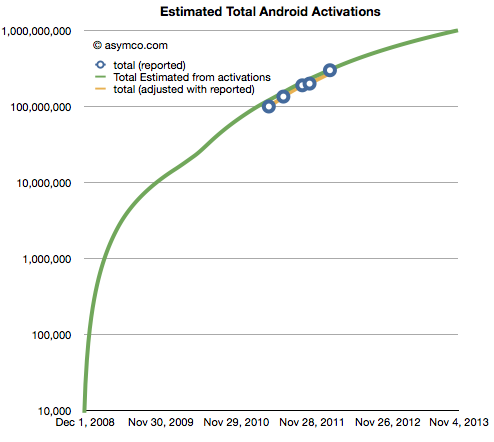 The forecast is therefore that Android activations will cross one billion by November 2013.

The following chart compares the growth ramps of the various mobile operating systems indexed from the same starting points (measured in quarters after launch). 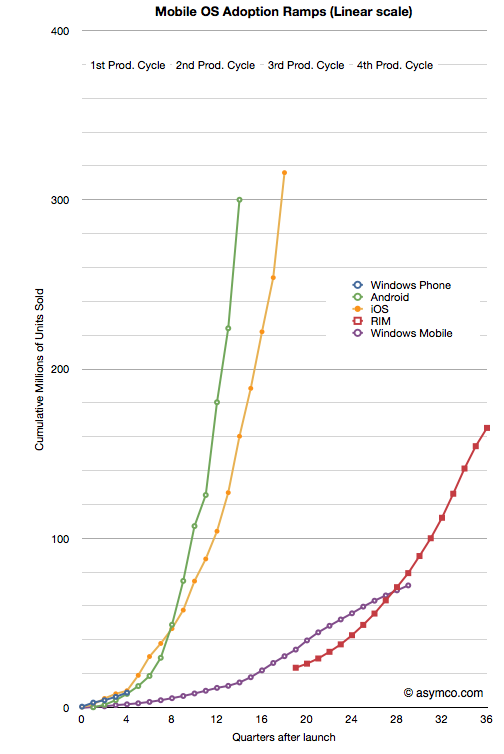 If Android does keep accelerating at the same rate then it will reach a billion users in five years. Of course, this total will not be a unified ecosystem in that many versions of Android will be co-existing. There will also be additional variants of Android which will not include Google services (these are not included in the totals above) which will compete to some degree with this platform.

However, it’s still an amazing story. The crucial question is whether the billion Android phones will have an effect on the opportunity for new entrants like Windows Phone and future BlackBerry variants as well as Bada and other Linux-based platforms.