For Apple 2012 started with almost the same growth as 2011 started. Q1 2011 saw earnings growth of 92% and Q1 2012 saw growth of 94%. As the following revenue growth table shows, the pattern for the last twelve months has been very consistent:

Here are some notes:

Overall, the company had a very good quarter and showed consistency, which, incidentally, implies predictability. The following graph shows the top and bottom lines in historical context with color coding matching the table above. 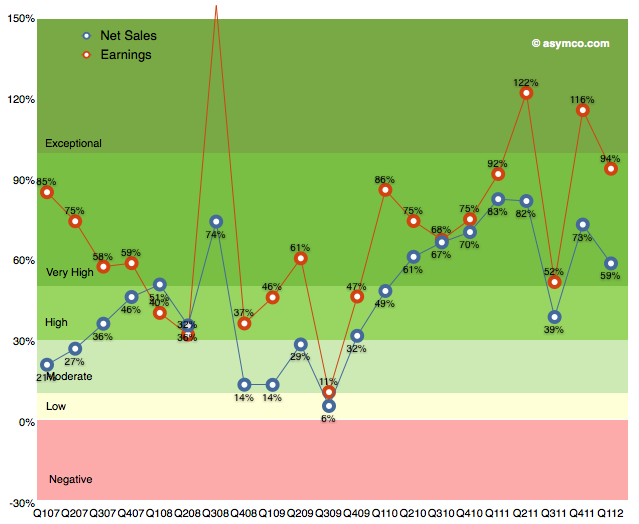