In February of this year MediaTek introduced an ARM chipset for Android smartphones targeting $160 end user pricing. I’ve heard estimates that this chipset will sell in the “hundreds of millions”.

The question is: are these units going to be “activated” as per Google’s definition of Android?

Historically, MediaTek’s chips have been used in “grey market” devices. These are typically copies of branded phones and are sometimes shipped without IMEI numbers and hence not even sanctioned by regulatory authorities. If hundreds of million of such Android devices are sold in the next few years then tracking Android will become even more difficult.

The current total is difficult enough. We just received an update on the activation rate (900,000 per day) and that allows us to create a picture of total cumulative activations. 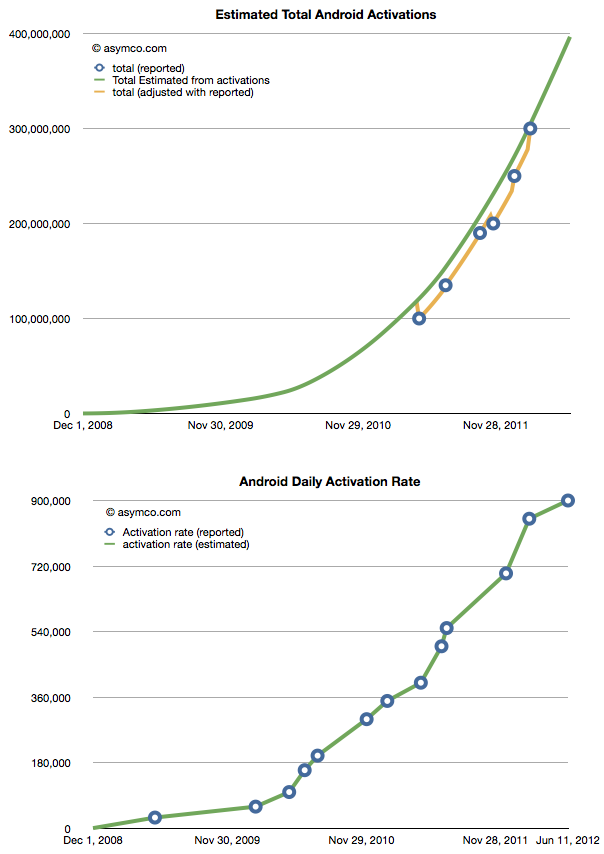 We still don’t know the retirement rate so these are not devices in use, however most of these devices have been sold in the last two years implying they are (nominally) still functional. The following chart shows the ramp overlaid with an estimated 24 month product life cycle. 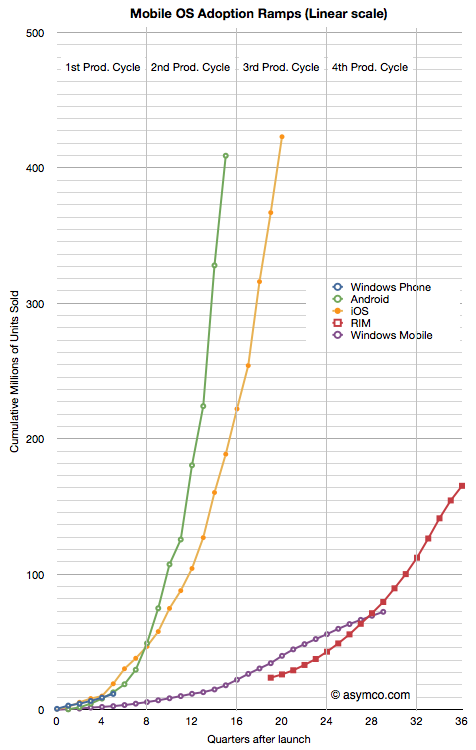 The one million per day Android activation rate has probably already been crossed with all the unsanctioned versions of Android available today. What will be the rate once the MediaTek chipsets are in wide distribution?