Google, Microsoft and Apple all had reasonably good second quarters. Microsoft’s revenues grew by 4%, Google’s by about 22% and Apple by 23%. Apple’s growth was disappointing but the other companies weren’t. The revenues for the three companies are shown in the following charts: 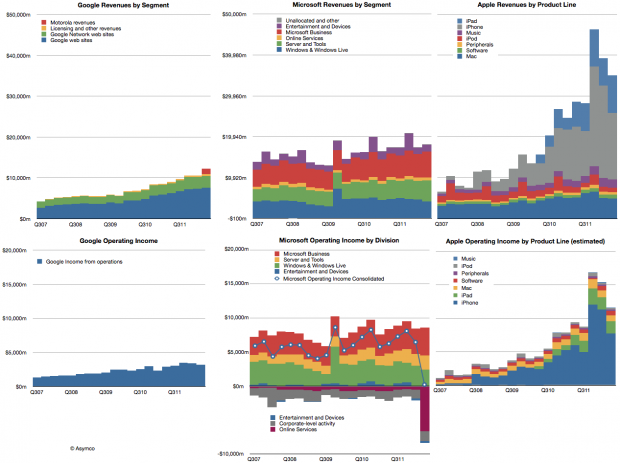 I also showed the performance of each company’s operating income in the bottom three charts.

Microsoft did declare a one-time write-off of $6.2 billion which it spent on aQuantive a few years ago. That was booked as contributing to a loss of $6.67 billion for its Online Services division. Without that one-time charge consolidate operating income would have grown at about 3.6%. Google’s operating income grew at a rate of 11% and Apple grew (again, disappointingly) at 23.4%.

Apple’s operating margin fell to 33.1% while Google’s fell to 29.2%. Microsoft’s margin evaporated due to the one-time charge. If we back that charge out, the margin would have slightly topped 35%. 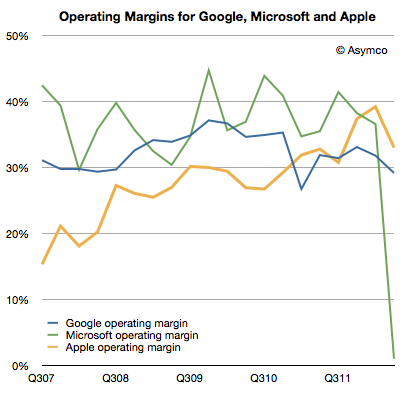 Comparing the contribution (in operating income) for each division or product line (where possible) gives the following view: 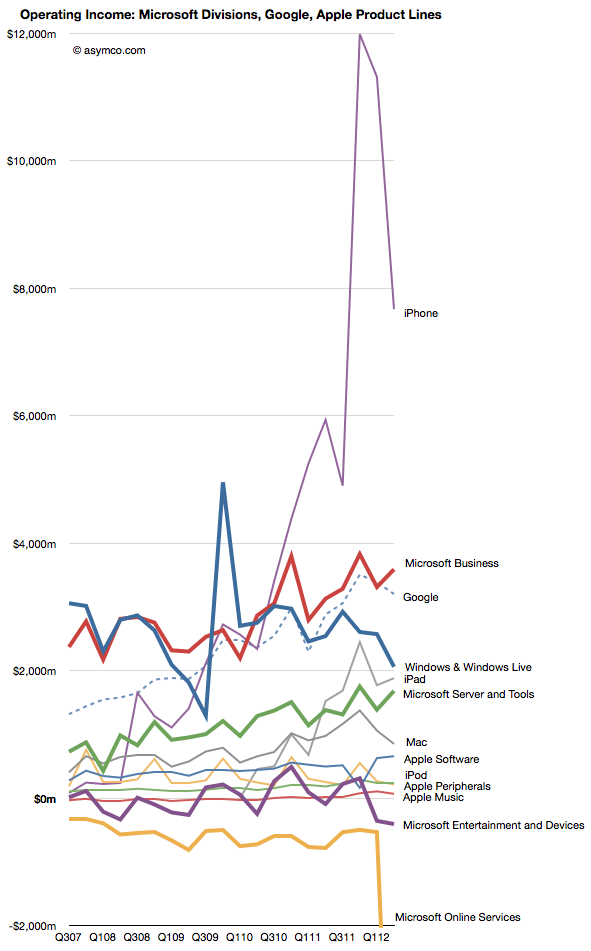 I tried to remove some noise by isolating the iPhone and iPad and consolidating Microsoft overall and Google. 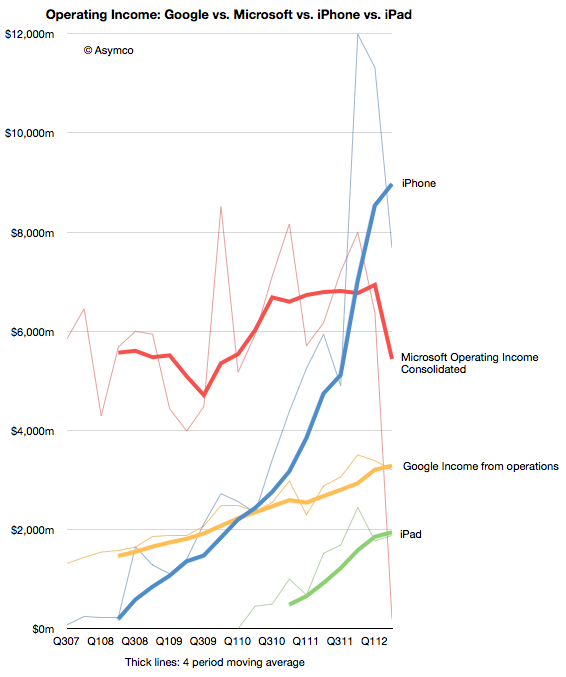 By also smoothing out seasonality with a four-period moving average we can observe the pattern of growth for the iPhone and iPad relative to the other companies’ overall performance.

The crucial question remains if and when the iPad will be a bigger business than Google and/or Microsoft. The iPhone climbed over both some time ago.