Digitimes Research published an estimate of the allocation of production of application processors by Samsung. It suggests that Apple will transition away from Samsung as a processor supplier during 2013 and stop sourcing altogether by 2014.

Most current capacity (nearly 70%) is said to be allocated to Apple’s products. The iPhone, iPad and iPod touch consumed an estimated 226 million processors in 2012. That demand is expected to increase but it will increasingly to be met by other suppliers in 2013. However, Samsung’s own products will take up some of the slack.

The following graph shows the estimated production schedule by customer. 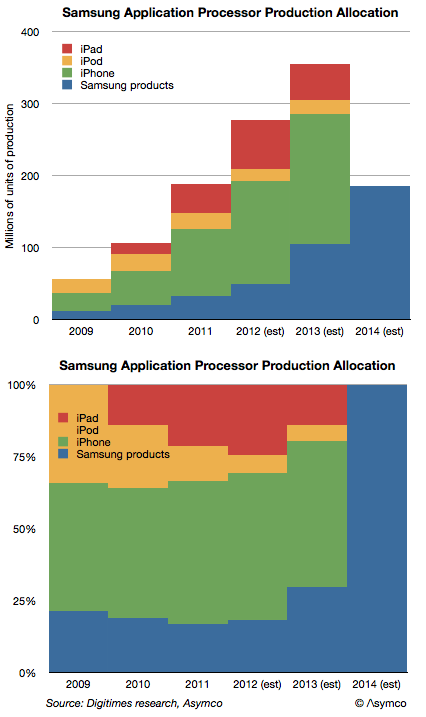 There are several questions that this data raises:

Prior to his departure Intel’s Paul Otellini had begun speaking about manufacturing. He argued that the “fabless” model was no longer competitive and that design and manufacturing should be re-integrated.

I think we’re about to find out to what degree that will happen.