The total downloads is shown relative to total songs is shown in the following graph: 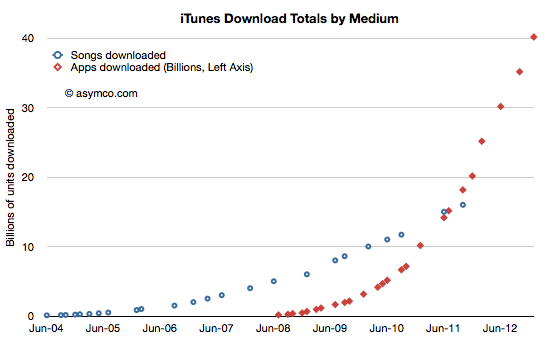 Although we have not received an update on song downloads for some time, it’s probably safe to assume that twice as many apps have been downloaded as songs.

This data can be reduced to a download rate: 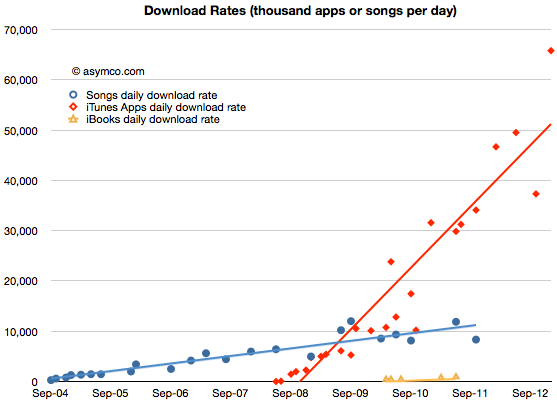 The apps daily download rate was about 65 million/day during the holiday period but may be averaging about 50 million/day on a yearly basis. Note however that the rate is increasing at approximately 1 million/day/month. That implies that the average rate will reach 100 million/day in 4 years and may spike to that level by 2015.

The revenues associated with that rate will be $14 million/day. More about that in the next post.