As it did yesterday, on occasion Apple reports the cumulative total downloads and payments to developers. Since this is done in variable time intervals, it makes analysis of the value of the app store difficult.

I’ve combined the data we have so far into the following graph. 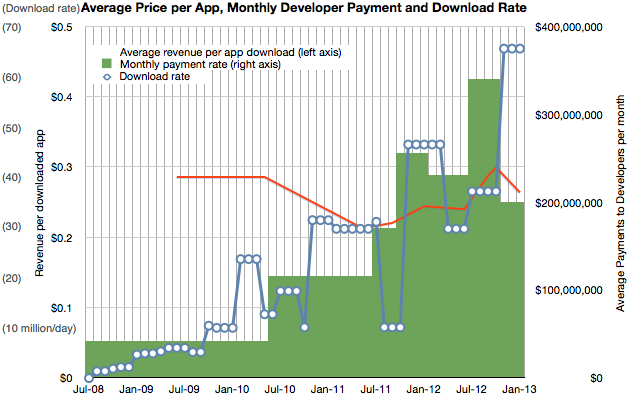 It shows three quantities (on three separate scales) at a monthly resolution:

Having a price and quantity of app downloads allows for a complete picture of App Store revenues over time, shown below: 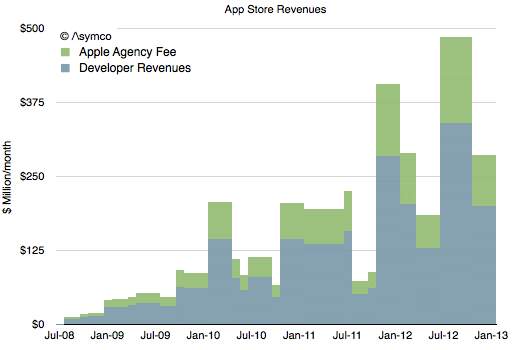 Note that I’ve separated the developer revenues from Apple’s own revenues. The blue area should total cumulative developer payments (to a degree of error.)

The green area above is what Apple includes in its financial reports as part of “Music” revenues. If we annualize these App Store revenues we can strip them out and show them separately from “other media” revenues. 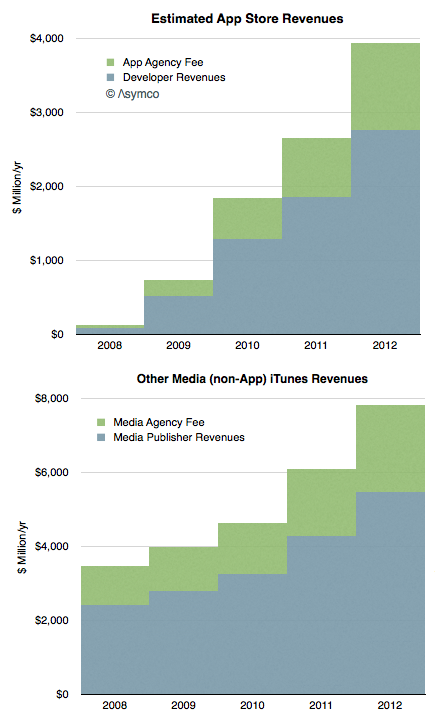 Concentrating on the green areas which represent what Apple “keeps” we see the following split: 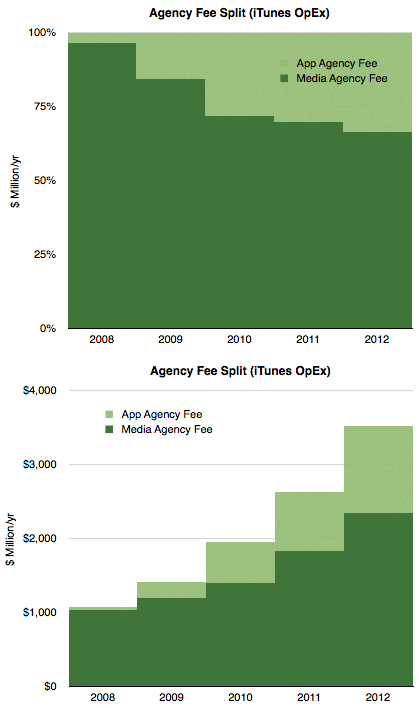 Considering that Apple reports the iTunes store to being “slightly above break-even” then we can summarize the chart above as the operating expenses for the store.

Finally, taking into account all the information above we can draw a complete picture of how revenues flow through the App Store: 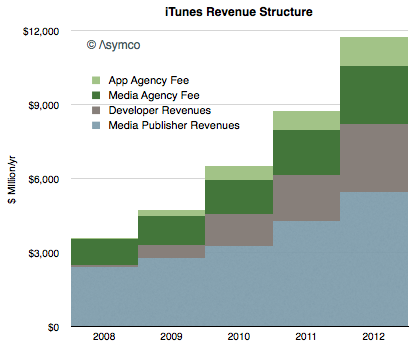 Here are some conclusions: