The latest data on PC shipments from Gartner showed a decline of  11.1% from the first quarter of 2012. As we don’t yet have the final data on Apple’s Mac shipments, I used my estimate of 4.38 million units (14% growth as per NPD estimate for the US) to obtain an estimate of Windows PC shipments.

That number is 74.8 million units. In the first quarter of 2012 the corresponding calculation yields 85.1 million units. That makes Windows PC rate of decline -12%.

The historic shipment data and growth rates are shown below: 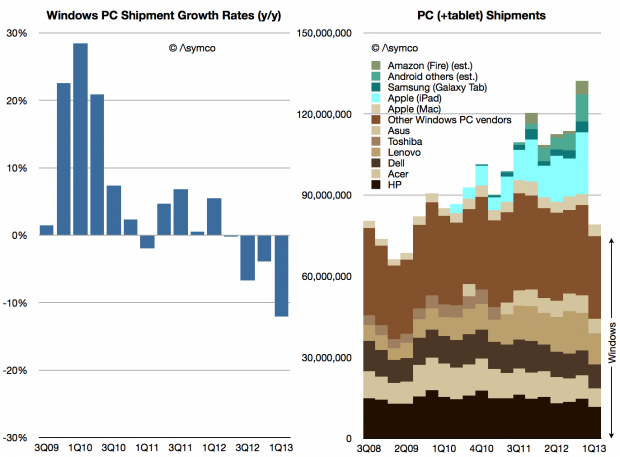 The decline in PC shipments is persisting and even accelerating.

Coming only a week after the iPad’s launch birthday, it’s perhaps a fitting testament to its impact.