By the end of May there will be 100 billion mobile apps installed on iOS and Android devices. 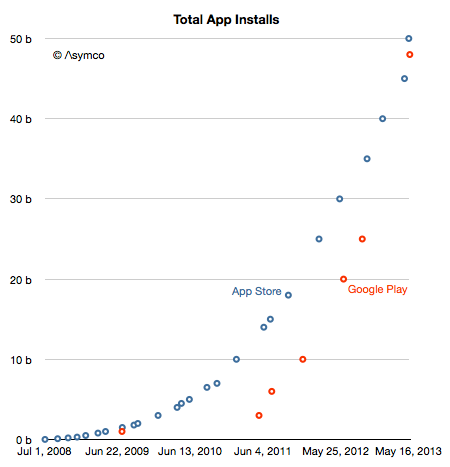 Not bad for a five year old medium.

With respect to attach rate, the total downloads/install base are currently 83 apps per iOS device sold and 53 apps per Android device activation. The history of this is shown below: 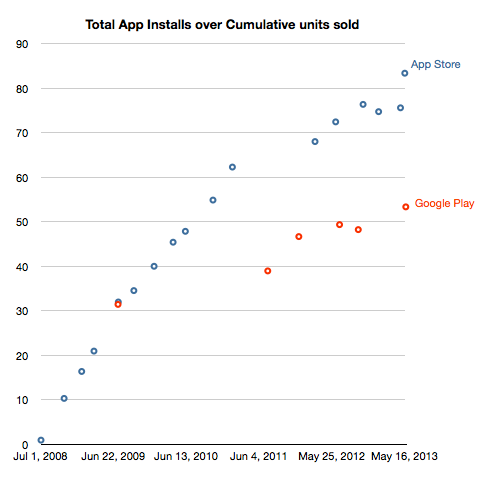 The sheer weight of Android units will generate more downloads but on a per device basis the iOS devices do seem to consume more apps and the gap is not narrowing. What would be valuable would be the revenue per app on Play (the figure for iOS is about $0.23). That, as far as I know, remains unknown.