Here are the latest performance figures for the Apple stores: 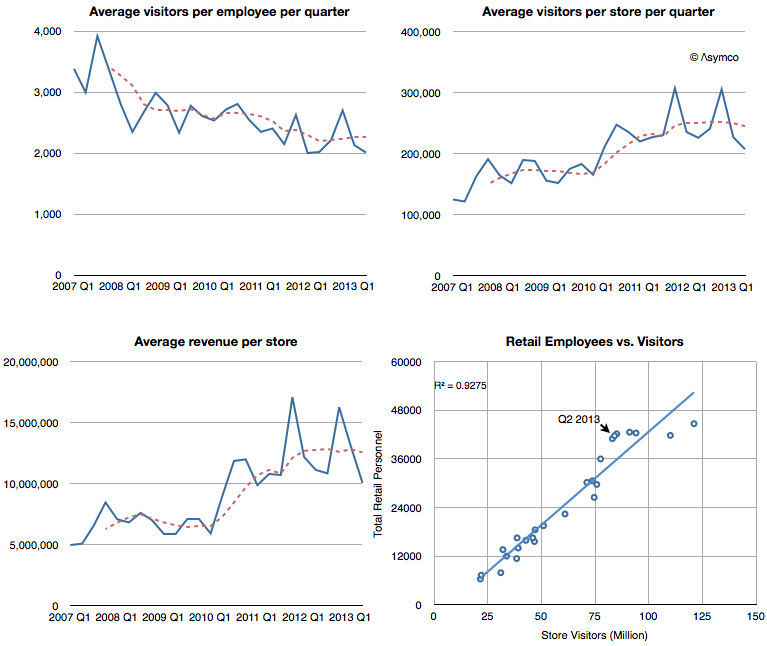 Employment and Profitability (per Employee and per Visitor) 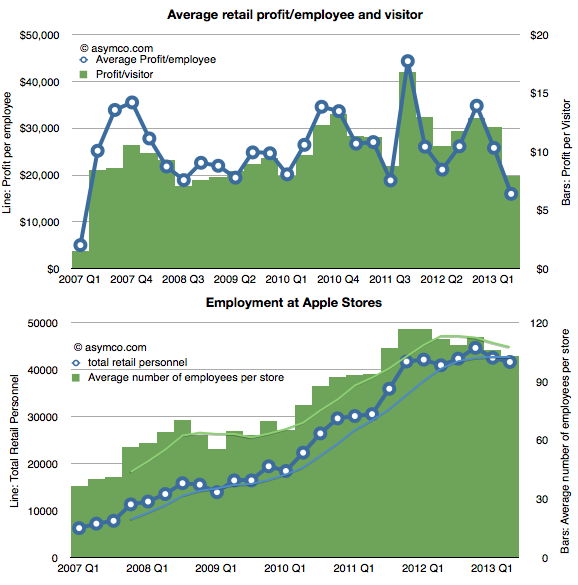 The pattern that seems to appear is one of a plateau or peaking of sales, especially when values are seen on a per-store basis. Revenues, employment and visitors per store are all flat or slightly down when seen on a seasonally adjusted basis (trailing four period average).

Profitability has been more steady over a long period, though more volatile in a short-term window. 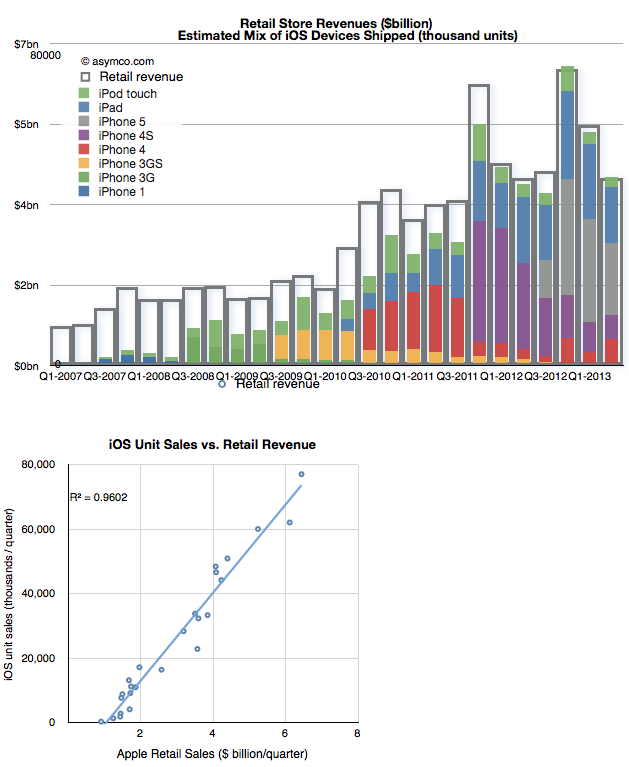 The first chart shows the relationship plainly enough and the r-squared coefficient of 0.96 puts a finer point on it.

This is something Apple management should be well aware of. Therefore, if Apple were confident in the future of iOS it would be investing in retail (as it would in other capital projects like manufacturing.)

And that answer would be here: 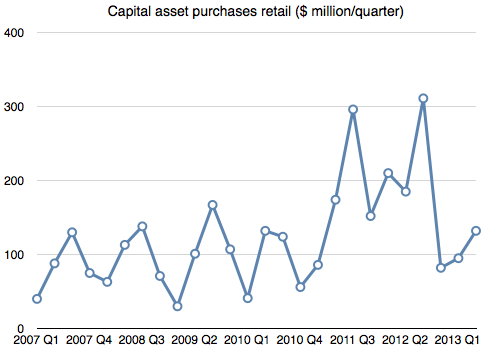