The following graphs show the most visible global phone brands and the approximate percent of value they captured since 2007. 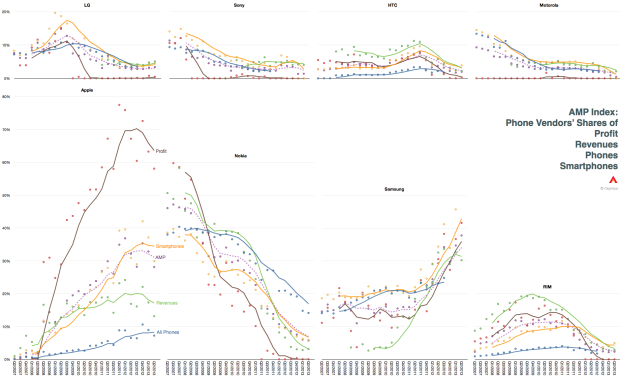 Note that this data ignores those “other” vendors whose financials are not available.

I placed all AMP indexes on the same graph and looked for some patterns. The result is shown below. 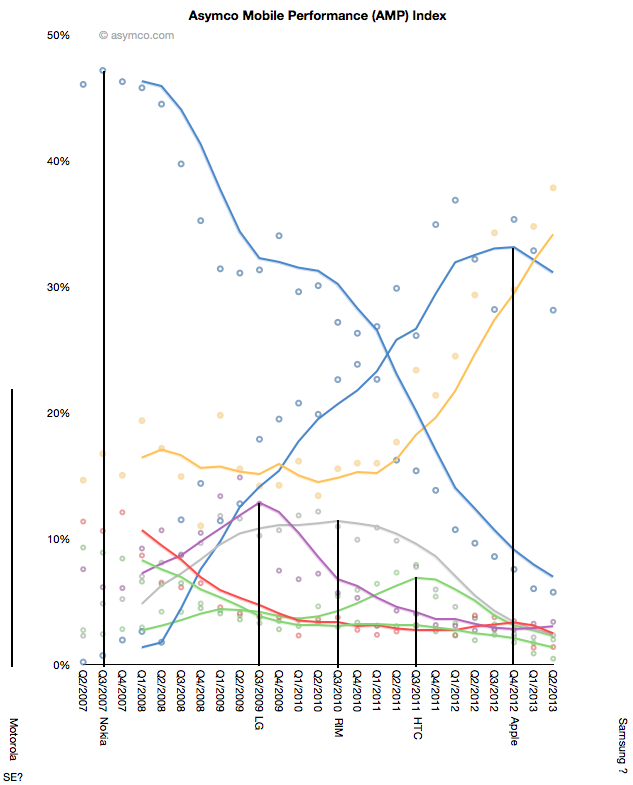 It’s not much to go on, but there seems to a pattern where each vendor reaches a peak share, though that peak varies greatly in value. If the pattern holds, we could perhaps anticipate a peak for Samsung in one year or so.

I’m searching for some hypothesis of what is happening and what is causing this pattern, if it is a pattern. The instability of the market is certainly a pattern. (Many markets would show horizontal lines for many years rather than what we see here.)

But the constant turnover and the periodicity of success and failure is a characteristic of either a market where there is a hidden hand (operators? regulation? etc.) or one where disruptive change is extremely consistent and rapid.