Samsung Electronics warned Tuesday that its third-quarter earnings would fall below market expectations. It did not cite a decrease in shipments but an increase in marketing expenses coupled with an unfavorable mix (i.e. more low-end units and fewer high-end units).

The headlines reporting the news emphasized the 60% forecast drop in operating income but the company also provided sales figures. Adjusting for exchange rates, the forecast revenues are shown in the following diagram: 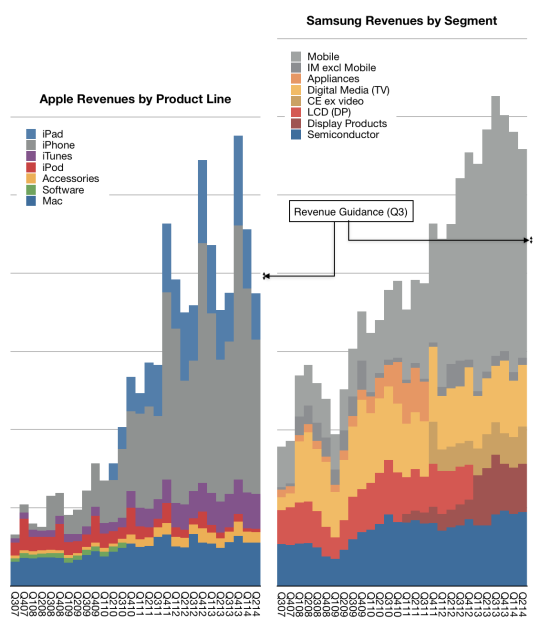 Note that I also included Apple’s revenue history and forecast. Samsung’s revenues are shown on the right and Apple’s on the left using the same scale (each horizontal gridline represents $10 billion/quarter.

The explicit cause for the drop is a decline in prices and “increased competition”.1 However a few more questions need to be answered regarding long-term success in the markets Samsung competes in.