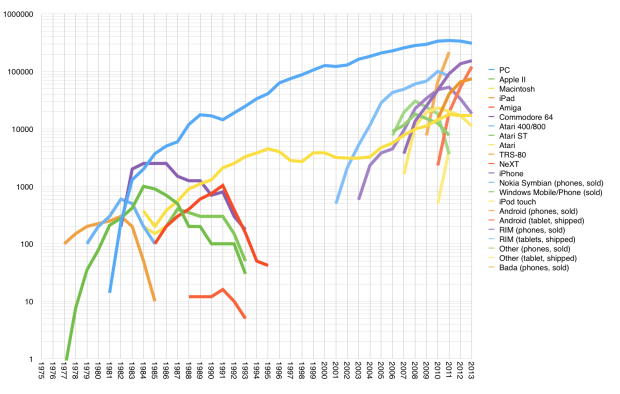 Both can achieve their goals better if they join forces: Apple offers assistance and expertise while obtaining access and lubrication for orifice entry. IBM offers modularized access to databases through its own APIs and obtains credible client experiences. The combination increases adoption of mobile (i.e. intuitive) solutions and an increase in productivity, benefiting the buyer.

The recent apps release showed just how transformative this relationship could be. We were witnesses to apps which appeared to be designed for users[!] They were not designed for committees that prepare checklists of requirements.

We must applaud IBM for having the courage to resist the featuritis which plagues enterprise software design. This resistance requires saying No to those who specify and are thus authorized to purchase software and hardware. IBM has had to essentially say no to those who buy and yes to those who are paid to use. The quality of the experience is evident at first sight. The number of user actions, the number of screens to wade through have been ruthlessly culled. These are concepts and ideas which now permeate app design best practices. Yet they are practices which still elude the spec-driven enterprise software wastelands.

Simultaneously we must applaud Apple for accepting that there are throngs of unwashed masses laboring in cubicles which deserve to be served. They may be employed by laggards but they are people too. Apple management has made clear that they are being more inclusive and open minded. Extending that open hand to the downtrodden salaried masses must surely bring a tear to one’s eye.

Being unexpected and yet explanatory of the state of technology today, the partnership between IBM and Apple is, in my opinion, the most significant technology news of 2014.

As a romance, it is at least as newsworthy as the divorce of Wintel was in 2012.