What makes a product great? I struggle with this question because being great is not just being better than good. Greatness is to goodness as wisdom is to smarts. Just like getting smarter and smarter may never make you wise, getting better and better does not mean ever becoming great.

Greatness is transcendental. It’s hard to pin down. It inspires debate. It divides as much as it unites. It creates emotions as much as thoughts. It builds legends. It engages and persists. It lives in memory and penetrates culture. It implants itself in our consciousness persistently, to linger and dwell in our minds while we are bombarded with stimuli.

We use words such as “iconic” or “epic” to capture this permanent “mental tattoo” that we get from greatness. As important as this notion is, we struggle to define it. We don’t even have a proper word for it. Perhaps it is what art tries to be, or what drives us to achieve beyond surviving. As vague a notion as it may be, it is one of the most important notions I can think of. Greatness is the cause, perhaps, of our ascent.

In the absence of any measurement of greatness, how do we spot it?
It may just be down to “knowing when we see it”. But not everybody does.1

This quandary came to mind when looking at the performance of the latest iPhone, the 6S. Observing it closely, we lose sight of it. We see only minute changes between versions; marginal changes which can’t be weighed. And yet these changes have a more important attribute: they are absorbable. A change that is ignored is not only valueless, it may actually destroy perception of value. It creates clutter and confusion. A change that is absorbable is valuable. It is meaningful.

Looking at new features like 3D Touch, Live Photos, and better cameras, one can observe how easily acceptable and desirable they are to those who first see them. As were Siri, FaceTime, Touch ID and iCloud, making something meaningfully better is a sign of sustaining innovation which does not over-serve.

Paradoxically, the improvements are not usually things that users ask for. Surveys always show that consumers want “better battery life” or a “bigger screen” but delivering something else entirely which nevertheless leads to mass adoption shows an uncanny insight into what really matters. Indeed, those who deliver only what customers ask for end up marginalized and bereft of profit.

To see improvements which lead to ever-increasing success in the marketplace year after year proves that this is not a transient event. This is no flash-in-the pan. This is not a stroke of genius. This is a process, a factory, a machine. The consistency and relentlessness of success is evidence of something at work that is more permanent. 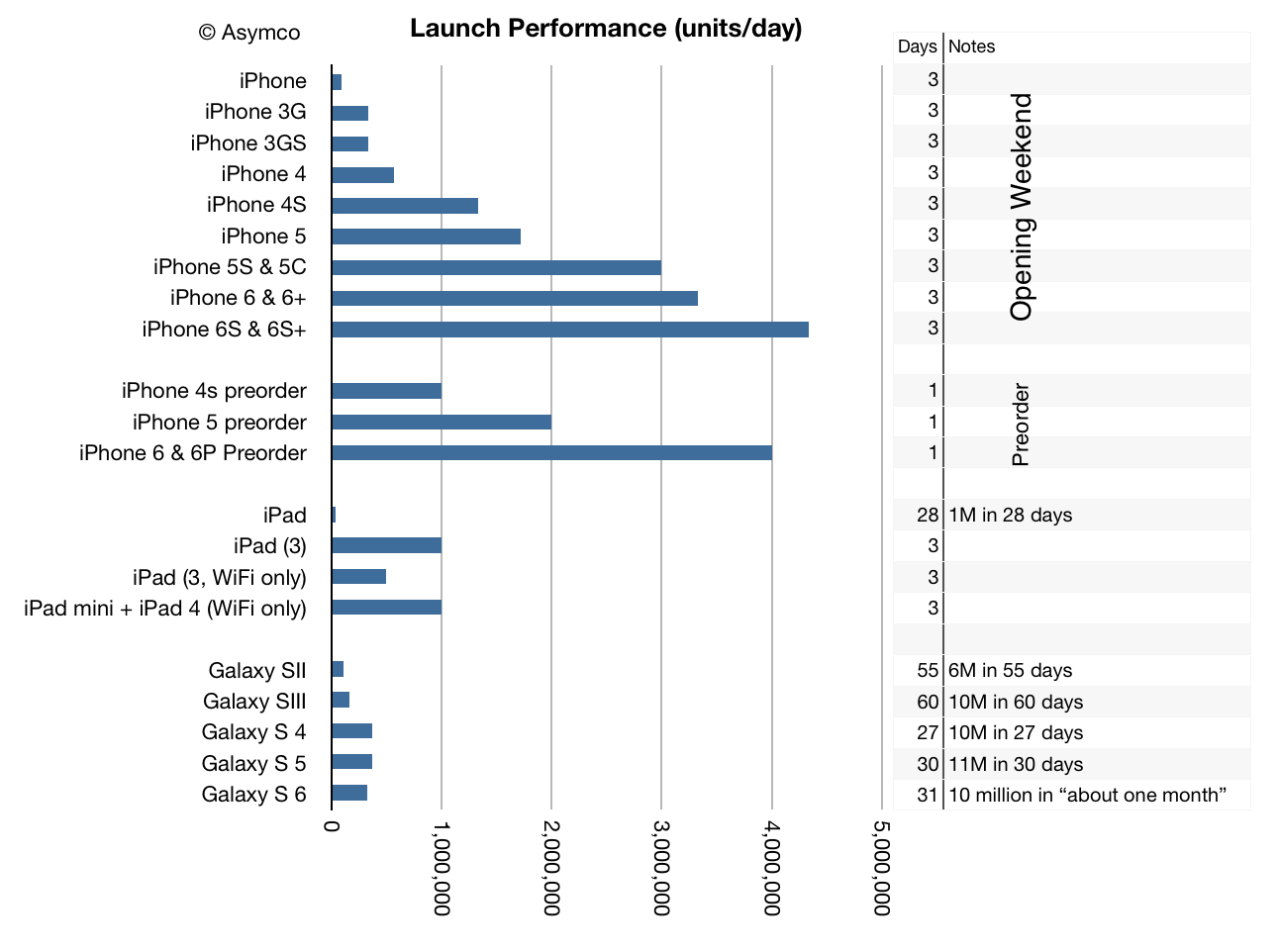 The definition of greatness for products then becomes easier to frame:

Improvements which are not asked for but which change behavior suggest that the product is valued because it changes the buyer. I believe this is what causes us to pause and appreciate them. We feel we have been improved by the thing we bought though we did not ask to be made better by it. Collectively, multiplying by millions, the improvement we feel compels us to anoint the product as great.

Apple is a company that builds greatness because they built a process to make their customers better. They do it without permission and they do it without offense. But when the buyer perceives the change they feel in debt to the object. Getting payments on that debt of gratitude is how Apple is rewarded.