We’ve partnered up with Asymco to bring you an exclusive $25 credit for new users. Just sign up through this link.

SaneBox is a smart email filter that brings sanity back to your inbox by prioritizing what’s important, removing spam & junk, grouping newsletters together, and automating tedious tasks.

It moves unimportant emails from the inbox into a new folder and summarizes them in a digest, where you can quickly bulk-process them. An average SaneBox customer saves 12+ hours/month.

With glowing reviews from TechCrunch, Forbes, The New York Times and emailers everywhere, you can rest assured that you will fall in love with email again. And it’s risk free—cancel and your email returns to the way it was. 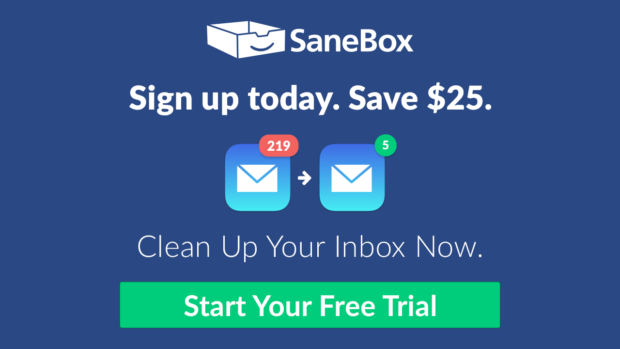 One of the more common statements out of Apple is that “Music is very important to us.” This is one of those easily dismissed Apple platitudes. Like caring about products or customer privacy or other such nonsense. But if you pay attention you notice music is always a consideration for the company. The obligatory music act at the end of Apple events, the multitude of speakers and audio accessories in an Apple Store, the headphones branded Apple and Beats, the music-heavy ads. It’s as if Apple’s brand had a musical score.

And of course there is the history.

Steve Jobs not only put music at the heart of the brand but he re-built Apple’s business around music starting in 2001. The Rip, Mix, Burn campaign, the iPod and iTunes which not only oriented the company away from Computers but also disrupted the “record industry,” unbundling the album and destroying peer-to-peer sharing at the same time.

Apple was so powerfully oriented around music that I remember someone at Google in 2006 dismissing Apple as “that media company”.

So there is some good reason to honor music at Apple. If it wasn’t for music, Apple would probably not exist today.

But it seems that music has faded in importance or at least in mindshare. Music is the least exciting media type in an age of increasingly pervasive visual stimuli. AR, VR is what we’re supposed to dream of and of course screens, screen are everywhere. I note that at least in the US TV screens are now placed in public spaces bombarding us with imagery instead of speakers pumping out muzak.

Music has been relegated to offering personal space. We only use it through headphones to isolate us from the auditory pollution around us. Racks of audio components and enormous speakers are gone from our living rooms replaced with outrageously large screens.

And so pundits are calling for Apple to “do something” about video. To buy Netflix or to chase after content and build or buy properties. Look, Disney just bought Fox and Amazon is making movies and so is, apparently, everyone else.

But instead Apple sill sells songs and has a radio station. And it has a streaming subscription with “only” 30 million subscribers. 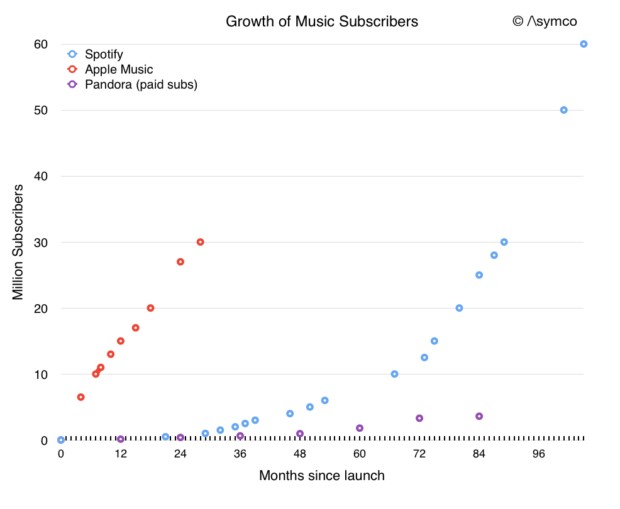 Even when it comes to original video content it rolls out a Karaoke show, of all things. It still maintains an app called GarageBand. It goes and buys Shazam, and paid $3 billion for Beats and still makes AirPods and is about to launch a speaker. Yes, a loudspeaker called HomePod.

But all the cynicism around music is tone deaf to the sheer emotion that music can create. Music touches people like nothing else. I’ve seen young and old cry and burst with joy listening to music. For its low bandwidth, music delivers enormous emotional bandwidth. It always has and always will. It’s not obsolete and will never be. Music imprints itself in hearts and remains there for a lifetime.

It’s poetry for the senses.

Business models for music will come and go but music consumption is increasing. Access to the long tail has meant genres proliferated and production has spread to everyone who cares to try to make music.

And so it is that more people listen to music on their widescreen iPods in more places and more times than ever before.

Apple realizes this and the acquisition of Shazam and the launch of AirPods and of HomePod are to serve music.

Siri or intelligent assistance are nice new services but they are not in lieu of the need for music. Chatty robots are appealing to intellect. Music appeals to the soul. These new products are in service of music because music is what people hire far more than advice.