For the last two years I’ve been studying the transportation economy and introducing the idea of Micromobility. Simply, Micromobility promises to have the same effect on mobility as microcomputing had on computing. Bringing transportation to many more and allowing them to travel further and faster.  I use the term micromobility precisely because of the connotation with computing and the expansion of consumption but also because it focuses on the vehicle rather than the service. The vehicle is small, the service is vast.1

One of the elements of analysis for Micromobility is the notion of Unit Economics. The idea is that each vehicle can be seen as an independent business. It requires an investment, has a revenue attached, requires operating costs and fixed costs and finally, hopefully, generates earnings. A fleet’s economics is therefore a multiplication of the unit economics by the fleet size. A similar partial construct exists for mobile network operators where the network revenue is defined by ARPU (average revenue per user). In consumer hardware we also have the idea of ASP (average sales price) and BOM (bill of materials) which describe the revenue and variable cost of each device.

In the case of Micromobility the unit economics is more broadly applied in being an entire P/L statement for each vehicle. One example for the e-scooter sharing company Bird is here. If the unit economics of Bird is consistent across geography and time then the entire business can be valued based on one “average unit”. Measuring the health of the business can thus be summarized in BOM, Utilization, Lifespan, Attrition and Cost structure or one unit.

For some time now I’ve advocated a similar approach for Apple.

END_OF_DOCUMENT_TOKEN_TO_BE_REPLACED

As mobile markets become increasingly saturated, having the right data is essential for making the right decisions. That’s where Explorer, a new mobile intelligence platform from the folks at Appfigures, comes into play.

With comprehensive coverage across every major market, including Apple and Google’s app stores, Appfigures Explorer puts all the actionable insights at your fingertips, with audience demographics, downloads and revenue estimates, where and how apps advertise, and much more.

The first 100 Asymco readers to subscribe will get 50% off their first month.

Project Xanadu was the first hypertext project; founded in 1960 by Ted Nelson. Nelson predicted many of the features of today’s hypertext systems. Three of the key requirements were that every Xanadu server can be operated independently or in a network, every document can consist of any data type and every user can search, retrieve, create and store documents.

WebSonar Libraries provide these features today and also include the ability to annotate at the page level for book marking and collaboration. We have solved the digital surveillance problem. WebSonar Libraries link the iPad to the Mac providing a new scalable, educational solution that is safer than FaceBook by eliminating ads and tracking.

Your content can now be served and shared on your own computer, at home or hosted in a Data Center without third party influence or control. Owners can set their library access credentials to Private or Public. 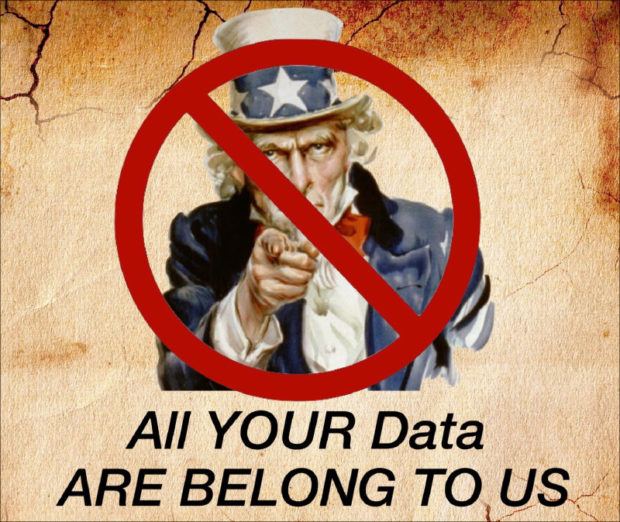 Last year’s Micromobility Summit was a great success. We had a great turnout and the presenters and audience met to discuss the future of this new modal shift that seemed so imminent.

Perhaps partly because of our meeting, the shift has since accelerated. The amount of capital allocated, firms participating and usage have all exploded. In one year micromobility went from a curious hobby to the biggest startup story in the world now attracting mainstream attention.

Bird, Lime, Skip have pioneered scooter sharing. Smide in Switzerland is offering e-bike sharing and Uber, Lyft and Didi made acquisitions. More OEMs and Tier 1 suppliers are betting on this sector and we have hundreds of new e-bike models entering the European market and literally billions of vehicle miles traveled using micromobility. 400 million users are registered in China alone with 70 million daily active.

Micromobility Summit 2017 was the catalyst of several startups that operate in the space today. It was great opportunity for like-minded entrepreneurs to discuss this market.

It’s time then to follow-up with the second Micromobility Summit. Coming almost exactly a year after the first, we will conduct a similar approach: speakers and panels covering the following topics:

I will present research currently under peer review on the competitiveness of new modalities relative to existing and their conversion potential. Titled “When Micromobility Attacks”, it’s an adaptation of a paper just submitted to a peer-reviewed journal (written with ETH Zurich)

If you would be interested in attending or speaking let me know through the sign-up sheet at the event web page.

We are proud to announce the second investor summit dedicated to the long-term investors in Apple. It’s happening in New York City at The Merceron August 16th from 10am to 10pm.

We will host people interested in discussing the fundamentals of Apple as a business and how it operates as a recurring revenue model.

Titled “The Goose That Lays The Golden Eggs” it was inspired by a blog post from 2013 foreshadowing how human nature instinctively discounts Apple and yet how that nature is mismatched to how Apple actually works.

If you are curious about why Wall Street says “Sell” and Warren Buffet says “Buy” on Apple you might want to spend some time with us.

Technorati and I are proud to announce the first investor summit dedicated to the long-term investors in Apple.

We will host folks interested in discussing the fundamentals of Apple as a business and how it operates as a recurring revenue model.

Titled “The Goose That Lays The Golden Eggs” it was inspired by a blog post from 2013 foreshadowing how human nature instinctively discounts Apple and yet how that nature is mismatched to how Apple actually works.

If you are curious about why Wall Street says “Sell” and Warren Buffet says “Buy” on Apple you might want to spend some time with us.

This is a good one.

The source questions and my answers in English are below:

How can we read the fact that the new iPhone lineup raised so little noise? There was no massive lines outside the Apple Stores and people demonstrated almost zero interest in the new models compared with the hype motivated by the iPhone 7.

I don’t know about you but I don’t like waiting in lines. I don’t think Apple considers waiting in lines to be a good user experience for its customers. Over the years Apple has been able to improve availability and online orders so that lines can be eliminated. I suggest a better way to gauge interest in new models and that would be to look at sales. Sales seem to be going up even as lines have been going down.

Is it a fact? I think this notion is coming from a survey of operator stores in the US over a short time period. The mix of phones has never been known and is a matter of speculation. The only data we do have is the average selling price derived by dividing the revenues by the number of units sold (and ignoring deferrals). This price set a new record during the last 12 months. Expectations are that it will increase to another record again next year. I might add that this has never been observed in the phone business as far as I know. The opposite has been the trend.

What do you think about the smartphone prices, aren’t they too high? How far can they be stretched ?

Smartphone prices are very low. World-wide, average smartphones sell for less than $300. You can see a break-down by region here.

iPhone prices are, on average, more than double the average of all smartphones. Note that apple’s latest line-up also includes the cheapest iPhone ever with the SE now starting at $350.

I don’t think the average selling price will increase in 2018 globally. It will probably decrease as it has for a long time. Average iPhone prices will increase but probably only by $10 or so.

The iPhone price tiers are well understood. I published an analysis here:

More important however is that the iPhone remains priced at about $1/day, no matter the model, and as such the value users perceive is very high. The most expensive iPhone costs about 8 cents per hour of use, 1.4 cents each time you unlock it and 1 cent for ever 25 interactions you have with it (touches or taps). On a per use basis the iPhone is extraordinarily cheap. I know of no consumer product that is cheaper. This is determined partly by the intensity of use and by the high resale value (I assume 30% residual value after 2 years).

Do we really need a borderless OLED display in a smartphone? What about the face recognition technology?

Having no borders means you can get a screen that is bigger than the iPhone Plus in a phone the size of an iPhone. I think users will value getting more screen in a smaller phone. I certainly would. Having OLED means it can be curved a bit and also have nicer, truer black.

Face recognition saves time and is more secure. I don’t know another way of making the experience better for something that you do 30,000 times a year.

What do you think about the Apple Watch, which seems to be—finally—on the right track?

The Apple Watch has been on the same track for 2.5 years. I don’t see any change in that trajectory.

I’m Happy to announce that I’ll be hosting the Micromobility Summit at Techfestival this year. Taking place on September 6 in Copenhagen, the one-day summit explores how new technologies affect society, cities and urbanization in the very near future.

This September, Copenhagen will be home to 15,000+ people exploring a new, progressive agenda on technology. One week filled with 100+ conferences, summits, dinners, art installations and concerts, Techfestival’s goal is to break down today’s most complex questions into real talk and tangible experiences.f

Horace and Carolina Milanese discuss WWDC 2017 minutes after the Keynote and Hands-on with the new products.