Belfiore wasn’t shy about criticizing Google’s Android OS. Even though Google currently dominates the mobile OS market, its strategy of licensing the Android OS to manufacturers is similar to Microsoft’s previous approach with Windows Mobile: It’s open-ended, and there are few restrictions on how manufacturers can use or modify the OS.

As a result, Android is suffering from some of the same issues as Windows Mobile did: Android works better on some phones than others, manufacturers are shipping different versions of the OS on different phones, some Android phones are shipping with bloatware made by carriers, and some app developers complain that it’s difficult to make software because of the hardware and OS fragmentation.

END_OF_DOCUMENT_TOKEN_TO_BE_REPLACED

A few eyebrows were raised when Microsoft presented a slide at a French event where they made the claim that 30 Million Windows Phone devices would be sold by the end of 2011.  Given that the first Windows Phone won’t ship until October 2010 at the earliest, or, according to Mr. Ballmer, “by Christmas,” count me among the skeptics.

However, the claim was later retracted by Microsoft stating that they mis-quoted IDC, the original source for the forecast.  The correction was perhaps meant to put an end to the credibility crisis.

However, the actual forecast from IDC was even more preposterous. END_OF_DOCUMENT_TOKEN_TO_BE_REPLACED

Will webOS replace Windows on all of your smartphones?

Microsoft will continue and will always be a huge strategic partner for Hewlett-Packard. Our focus is to create choice for customers around those products and services that will allow them to connect to the information they need as quickly and as safely as they can.

via HP Gets Its Hands on Palm – BusinessWeek.

Sounds like a definite non-answer.  My bet is that they have not decided but that when they will decide it will be to show Microsoft the door.

according to a report published Monday. ComScore reported that Google’s share of smartphone subscribers rose to 9%, compared to 3.8% at the end of November. Meanwhile Apple’s share fell 0.1 points to 25.4%, while Microsoft’s share fell 4 points to 15.1%.

BlackBerry, saw its share rise 1.3 points to 42.1%, according to the data. The number of owners of smartphones rose 21% in the U.S. in the three months ended in February compared to the prior period.

Check out some of the comments in the link above.

“Because we have very specific requirements for Windows Phone 7 Series the current phones we have right now will not be upgradable,”

Microsoft cuts off Win Phone 7 upgrades for all WM6 devices | ElectronistaInvites ‹ Asymco — WordPressNow why would anyone buy a WinMo 6.x (aka Windows Phone Classic) phone today? Is this is a classic example of the Osbourne effect?

Maybe there is more to this story. Buried in the WP7 launch was news that Classic would carry on and a new “starter” edition would also be made available. Said Starter edition would be sold only in emerging countries and target 2G and 2.5G networks.

Furthermore, Ballmer made it clear in a Q&A that they would “continue to invest” in “Classic” WinMo/Windows Phone.

So Microsoft is not quite foolish enough to ignore the consequences of an orphaned platform. The impact of the dual platforms on the ecosystem is another story. 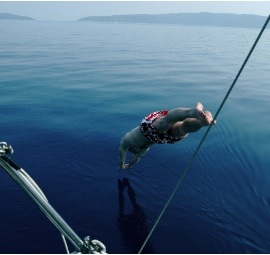 Weak spin from both on reasons to leap off a sinking ship.

We’ve chosen to withdraw Skype Lite and Skype for Windows Mobile because we want to offer our new customers an improved mobile experience – much like the version that has proved so popular on the iPhone, and which is now available on Symbian phones.

As for WinMo, we have made the tough decision to defer support for that platform until WinMo7. This is due to the fact that WinMo6.5 does not support some of the critical APIs that we need.

Analyst Gartner has warned that, without a concerted effort by Symbian and its backers, Microsoft will sweep them aside in the smartphone business.

Redmond’s ability to offer standardised handsets which are easier for businesses to support and use will help the software giant win corporate approval, the market watcher predicted.

The analyst predicted that Microsoft will ship a phone boasting strong integration of a range of packages, such as Exchange and Outlook.

Symbian, he added, needed to resolve a number of issues to be a credible, corporate alternative. Its platform and menus differ slightly on various handsets, which means that they often do not have the same user interface.

So spoke Nick Jones, vice president and research fellow at Gartner in 2003.

The last “Classic” nomenclature lasted from Windows Mobile 6 Classic to Windows Mobile 6.1 Classic and denoted the OS for Microsoft’s PDAs. It disappeared after version 6.5. 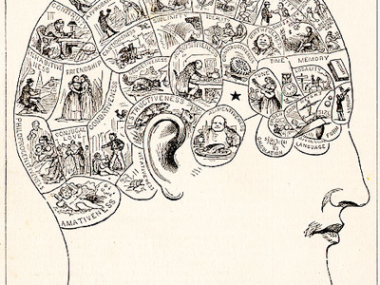