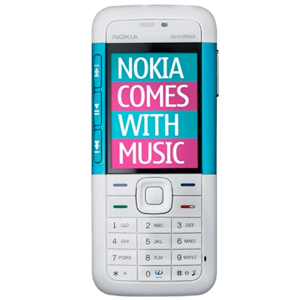 For kicks, I looked up what I wrote about Comes With Music (CWM) a year ago:

Trouble Comes With Music By Horace Dediu on October 3, 2008 12:18 PM
The troubles that CWM will face:
The model is complex and the value prop is convoluted with users discouraged from making informed purchase decisions.
CWM is firmly embedded in a value network that is in the final stages of disruption. Profits have evaporated and participants are in a state of defensive rigidity that prevents investment in innovative business models.
To some buyers (esp. parents who will pay), the concept may sound more like “music sold as hardware” than “hardware loaded with music”. Music sold as hardware is what the CD is/was but this new hardware is bound to wither away and become disposable in a year, PC copies notwithstanding (as transfers between PCs are limited). Therefore, the limitations of perishable music persist and comparisons to durable media are unfavorable.
Competitiveness with pirated music is often cited as the goal. The means to that goal is the advantage of having “unlimited” content available vs. “60,000 songs on your hard drive”. The unstated assumption is that new music is always more desirable over a rich, but dated back catalog. Long tail theory says that’s not true for an increasingly larger group of consumers.
Finally, the bet is that users will upgrade devices as if they were a subscription. This becomes “music sold as hardware subscriptions”. As “music as a subscription” has not taken off, it does not bode well. One reason is that subscribed music is hired for a different job than owned music–one of discovery and casual listening–a job we used to hire Radio for. A job that is now obsolete in the era of social networking.

the official blog on which Nokia is celebrating CWM’s first birthday acknowledges: “Sure, it didn’t start out that rosy, with lots of folk not really certain about what Comes With Music offered … we never shied away from the important education process that is needed in order to fathom that you can download and forever-keep as many tracks as you like – but the past 365 days have seen a much greater understanding and appreciation for the service emerge.”

For comparison: Spotify has 6 million users and iTunes has 120 million registrations.