I vehemently disagree with this premise:

Nokia did not take advantage of any of the opportunities that it had by being in first place. It failed to leverage its partnerships with carriers, manufacturers, software developers, and content companies.

When disrupted, large incumbents invariably fail to respond adequately to the threat.

You can only blame management if the threat is symmetric and they fail to take up the challenge. This failure almost never happens.

Asymmetric competition is intractable in almost all instances. This failure always happens. A response in kind by management is usually worthy of dismissal “for cause”.

Apropos the IP lawsuit between Apple and HTC, it’s perhaps instructive to look back at memorable patent suits. The following excerpt tells the story of how patent royalties were litigated for weapons that the litigants also used as belligerents against each other.

The tale shows that not even global war can affect the outcome of patent law.

[General William Crozier who became Chief of Ordance of the Army in 1901 overseeing production for the nation’s weapons] made an energetic start on the new .30-06 bullet, introduced on October 15, 1906. Early the following year he received an ominous visit from a very polite but insistent representative of Deutsche Waffen Munitionsfabriken (DWM), maker of the Spitzer bullets for the Mauser rifle.  The .30-06, he said, was a near-copy of DWM’s “projectile for hand-firearms”, which had been submitted to the Patent Office on February 20, 1905–about the same time, suspiciously, that Crozier had been finalizing the financial details of the settlement with Mauser–and approved on January 22, 1907.

The good news was that DWM had a far weaker case than Mauser’s–it was difficult to demonstrate that the shape and dimensions of such a common item as a bullet were unique–and Crozier’s  patent attorneys advised him to fight the case. Crozier, again fearful that the newspapers would find out about this charge (even if it was trumped up by an opportunistic DWM), decided to fend off the accusers by stalling. He appointed his deputy, Lieutenant Colonel John Thompson (inventor-to-be of the famous tommy gun), to take care of the negotiations in the hope that they would go on for years.
…
In the summer of 1914 [8 years after the accusation] his deputy Thompson had finally run out the clock regarding Ordnance’s alleged infringement of DWM bullet patents. DWM had made repeated offers to Thompson asking him to settle quickly, and each time they had been rebuffed. On July 18, 1914, less than a month before the outbreak of the cataclysmic Great War, in which millions of men would be killed by pointed bullets, DWM finally lost its patience and sued the government in the U.S. Court of Claims for royalties on 250 million Spitzer bullets totaling $250,000. Ten days later, when Austria-Hungary declared war on Serbia, the suit was deferred.

Crozier’s position was saved by the sinking of the Lusitania in 1915 and the U.S. declaration of war on Germany in April 1917. Upon entry to the war, under authority of the Trading with the Enemy Act, the government created the Office of Alien Property Custodian to oversee the seizure of enemy-owned or enemy-controlled assets. To Crozier’s immense relief, the DWM patent was ruled to be U.S. property, and the attorney general dismissed the company’s suit out of hand.

Crozier retired in 1919 and escaped the censure for the fallout from a reinvigorated lawsuit launched by DWM in 1920 [two years after the WWI ended]. Having given up on obtaining a favorable patent-infringement judgement, DWM’s lawyers focused on whether the alien property custodian’s seizure of the patent had been lawful. Impressed by DWM’s argument that its bullet was protected by previous treaty, a tribunal ruled the U.S. government in violation and awarded DWM damages of $300,000.

Washington immediately appealed the decision, and the case lurched on interminably, for another seven and a half years, until it was finally settled on the last day of 1928, a generation after its beginning. The judgement stood. With interest added on the original $300,000, the United States owed a German company $412,520.55 [for the rights to the bullet they used against Germany in two World Wars].

I always thought Windows 2000 was the point of over-service for Microsoft. The book linked below puts a date on the point when Microsoft could and should have created an autonomous division whose task would be to create the platform that would eventually disrupt its core business.

Clearly Microsoft did not do this but Apple, with iPad, did.

In September 1999, Kodesh wrote a memo to Gates and Ballmer under the heading “Starting from Scratch.” We need to kill Windows CE for those categories, he argued. Win32 is not an advantage; it’s a tax on device design. It served to further Microsoft’s strategy but not to help consumers. Given all their other alternatives, electronics manufacturers wouldn’t pay the tax. Kodesh wanted to take a small group of developers and work solely on developing the best software for information appliances, unconstrained by the needs of the rest of the company. Gates rejected the suggestions. “It’s very disappointing you feel that way,” he told Kodesh. “We don’t have time to start from scratch.” 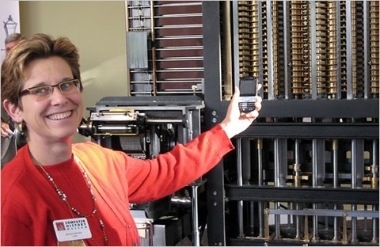 [Donna Dubinsky] called the decision to spin off PalmOS a “huge strategic error.” “As RIM, Apple and Palm all have demonstrated, these devices need to be highly integrated hardware and software developments in order to optimize the user experience,” Dubinsky wrote in an e-mail to The Associated Press. “When Palm no longer could advance the OS, and had to create a new one, it lost several years.”

[Rob Glaser] said with those “super” abilities, mobile has a great potential, but if Apple gets its way, the wireless industry could end up like the MP3 industry. The other option is for things to go the way of the PC, which he considers more horizontal.

“As of today, Apple is the clear winner. It’s incredible what they’ve been able to do in a vertical paradigm,”

Sorry Rob, you’re still missing the whole point. It’s not incredible, it’s the only way to go. What’s incredible is that anybody tried to do it differently.