Brian Marshall, an analyst with investment firm Gleacher & Co., predicts that Apple will have sold 200 million iOS devices by this time next year. He expects the iPhone and iPad to represent 68 percent of gross margins for 2010.

via Apple’s mobile OS could move to more devices.

My expectations for the next 100 million were made in June:

The next 100 million iOS devices

My current expectation is that iPhone and iPad will account for 70 million additional iOS units for the twelve months following this June quarter. This excludes any Apple TV units moving to iOS.

As iOS moves to more of the iPod line-up it’s quite possible that another 30 million iPads with iOS will ship in the same time frame making Marshall’s forecast sound reasonable. 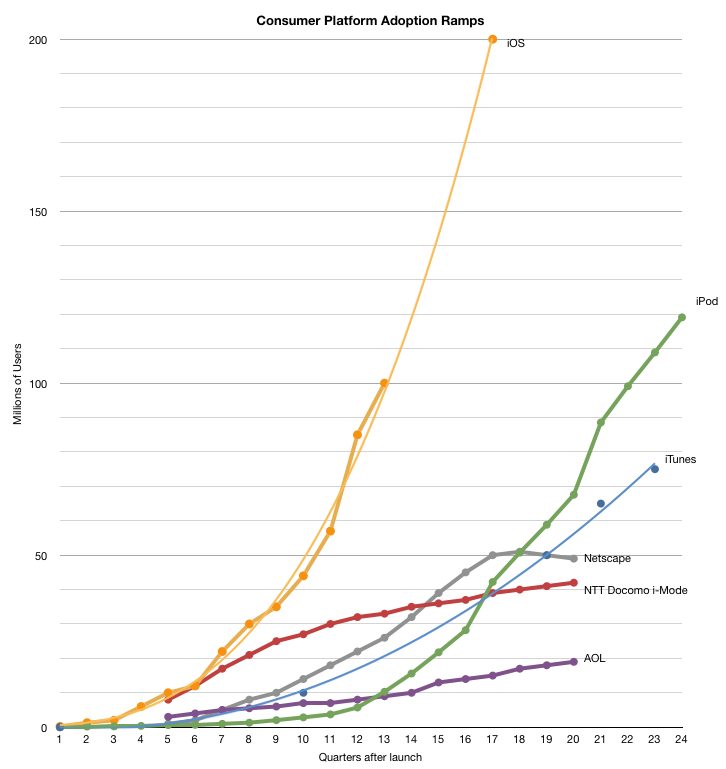