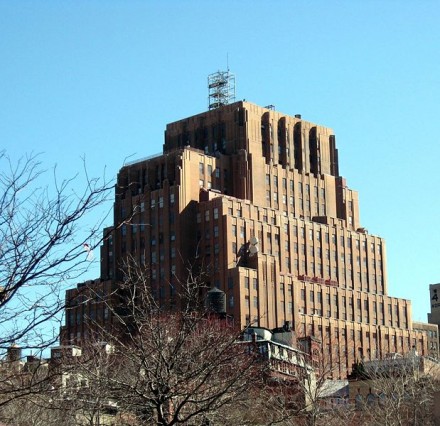 As previously described in an earlier piece on the transistor, there is a theory that underlies much of what this web diary is about. Telecommunications is undergoing wrenching change. And not for the first time. The history of the industry is filled with disruption and thus with drama that leads to fine storytelling.

One such great story is that of Western Union and the telegraph.

Western Union was formed as a company in 1851 and ten years later had completed the first transcontinental telegraph line. Following on that breakthrough, it introduced the first digital real-time data service, the stock ticker, in 1866. Business boomed and by 1870 it was the world’s most powerful telecommunications company.

By any standards it was innovative: it offered remarkable and revolutionary telecom data services, a century before the Internet. But in the century that followed why didn’t Western Union become the leader in voice communications, ceding that position to the Bell companies?

Alexader Graham Bell did not invent the voice telephone with the intention of toppling Western Union. In the language of today’s technology entrepreneurship he hoped Western Union would be his “exit”. He pitched the phone to them as an improvement to their core telegraphy business. Bell offered the patents for the telephone to Western Union for a mere $100,000, roughly $2 million in today’s dollars. In other words, today the deal would be: two million dollars to own all voice IP.

Now why would they do that? Imagine you are an analyst at Western Union advising management on technology acquisition and M&A. What process would you use to evaluate it? First, most obviously, you would try to get feedback from marketing and sales. They should go out and survey their customer base to find out who would be interested and how much they would be willing to pay.

The sales force would naturally seek out their best customers and ask them first. Those customers were the stock ticker users. They were extremely voracious users of the ticker tape system. It should be no surprise why we have “ticker tape parades”–there was enough of the stuff lying around offices in New York to shower down and flood Broadway end-to-end”. Ticker tape was a boon to merchants and traders. Chicago would know what’s happening in the New York stock exchange instantaneously. Price data was traveling at the speed of light.  The sender and receiver were in lock-step sync. To suggest to these customers a voice product would sound like a step backward. Why would they want to talk to the other party? The data was coming on tape and it was also recorded for posterity. Speaking with the other person meant confusion and delay and a mess of record keeping.

The word from the customers would be a resounding negative.

Second would be the business model.  How would you charge for voice? Data was subscription based, and the fees were huge. Voice would be metered and the price low. If targeting consumers, telegrams were priced by the word, but you couldn’t price voice by the word. Marketing would stare back at you as if you had committed a judgement error.

Thirdly you would look at the cost side. Operations would give you more bad news. Voice technology was different enough that it needed new infrastructure. Switchboards, operators, handsets and new power and insulator requirements were all expensive and had no clear return. Voice was a loser all around.

So the decision was perfectly reasonable, smart even.

This is not to suggest that Western Union did not accept any new technology or invest in it. For decades after the phone, Western Union continued to invest in innovation: It introduced an electronic payment system (called money transfer) in 1871. In 1914 it offered the first charge card and in 1923 it introduced teletypewriters. Singing telegrams followed in 1933 and fax service in 1935. Intercity wireless microwave communications were introduced in 1943. Telex came in 1958 and the product of marketing genius, the ‘Candygram’ in the 1960s. By 1964 its network was all wireless using a transcontinental microwave system. Western Union became the first American telecommunications corporation to maintain its own fleet of geosynchronous communication satellites, starting in 1974. The fleet of satellites, called Westar, carried communications within the Western Union company for telegram and mailgram message data to Western Union bureaus nationwide.

And it wasn’t lacking in talent either. Western Union had the best telecom managers in the business and was raking in profits to fund expansion. It attracted the best and brightest engineers for generations. Western Union probably passed on hundreds of other inventions and ideas, and rightly so.

So what happened to WU?

It’s still around. However, due to declining profits and mounting debts, Western Union slowly began to divest itself of telecommunications-based assets starting in the early 1980s. Due to deregulation in the US, Western Union began sending money outside the country, re-inventing itself as “The fastest way to send money worldwide”. In 1987, an individual investor acquired control of Western Union through an outside of chapter 11 process that was a complex leveraged recapitalization. After several other changes in ownerships and moves through bankruptcy, WU is now a public company with an enterprise value of about $12 billion based entirely on international money transfer business.

3G as a disruptive technology

The telecom world moved swiftly to 1G and 2G cellular voice. Each new generation of mobile telecom was sustaining the core business model of subscriptions feeding centrally managed networks and symbiotic device vendors benefiting from handset and switching system upgrades. Standardization, international expansion, lower price points and network effects made this industry the most ubiquitous technology distributor the world had ever seen.

3G however was different. It was effectively mobile broadband data. It enabled data services to be de-coupled from the network operators. IP protocols did not require the servers to be located on operator premises or even to be managed or monitored by them. Devices could be general purpose computers not specific purpose communicators. Incumbents did not adapt to this well.  They continued to build business plans according to a central-switch blueprint.

So although incumbents did not reject the smartphone as a technology, they tried to make it sustaining when plainly it isn’t. They essentially tried to cram it into their business models.

The struggle to keep the service structure of telecom centered around the network operator will continue, but short of pulling the plug on 3G and LTE, there is little that the incumbents can do to stop it.

So what’s the lesson?

Some technologies are embraced and some are rejected. You can’t fault every rejection and you can’t praise every acceptance. The most likely reason for embracing something is that it helps grow your existing business. The most likely reason for rejection is that it may harm your business. Even acceptance sometimes leads to mis-application in sustaining the core rather than planning for its demise.

The decision on how to handle something new and potentially disruptive requires a different sense of what’s right and wrong about it.