Social games on iPhone, iPad and iPod touch devices are competing for television viewers.  In fact, these apps, tracked on the Flurry network alone, comprise of a daily audience of more than 19 million who spend over 22 minutes per day using these apps.  Treated as a consumer audience, its size and reach rank somewhere between NBC’s Sunday Night Football and ABC’s Dancing with the Stars, and only 4 million viewers shy from beating the number one prime-time show on television, FOX’s American Idol. 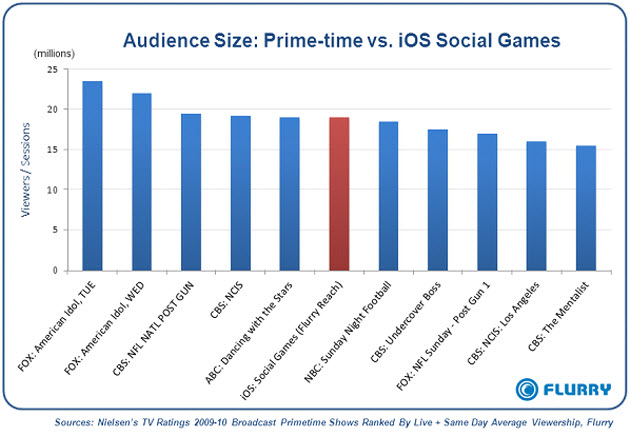 I cannot tell from the original article if the iOS audience is US only and therefore not clear whether the TV shows compete for the same eyeballs, but the data shows just how far apps have come to capturing attention.