As previously pointed out, Apple reached two thirds profit share in mobile phone vendors among the eight vendors I track. The following charts shows the historic growth in that share and the share of revenues (including 4 quarter trend line). Revenue share increased to 28% in the last quarter. 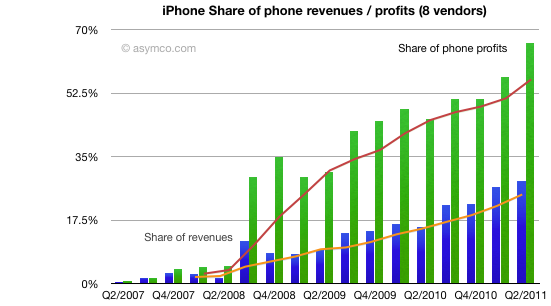 The share doubled from Q4 2009. I should also point out that it was the highest of all the competitors. The following chart shows the split over time: 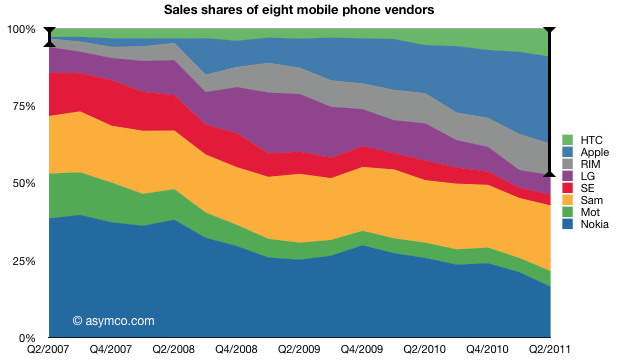 The dedicated smartphone vendors (highlighted with segment bars) are now at 47% of total sales, a significant increase from the 6% share they held four years ago. Another remarkable show of entrant power and incumbent weakness.