comScore published the latest data regarding US smartphone installed base. To summarize:

Of the platforms available, Android reached 39 million users, RIM 16.5 million, Apple 24 million and Microsoft about 5 million. Smartphone non-consumers dropped to 147 million. Among platforms, here are the shares and total users: 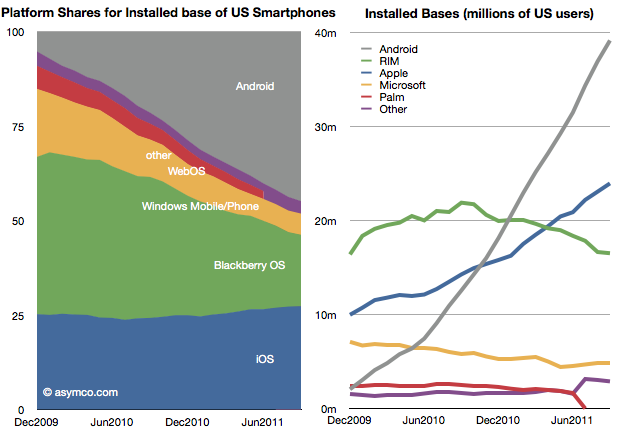 In terms of user gain/loss here is the tally: 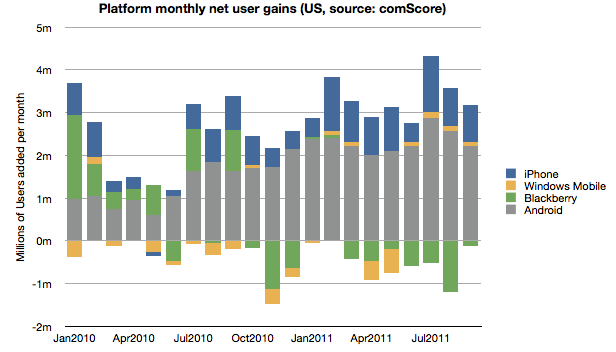 Android and iOS have continued to increase consumption fairly consistently while RIM has moderated user losses. Microsoft has also shown the fourth consecutive month of usage increase having increased users by 440k since May. The new Windows Phones seem to have at least stopped erosion of user base though that base is still nearly a third of RIM’s.

Overall, smartphone non-consumption continues to be the largest competitor though one which is steadily losing. 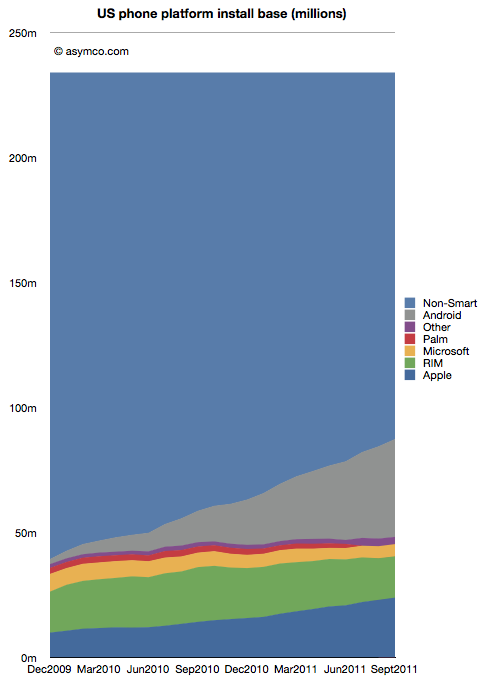 Even though China may overtake it in the new few months, the US is the largest smartphone market and it’s a good leading indicator of the way the industry in evolving. It’s also being measured by multiple observers[1] and we thus have a better chance at understanding the rate at which change is happening.