The following map shows the countries where iTunes Apps are available. 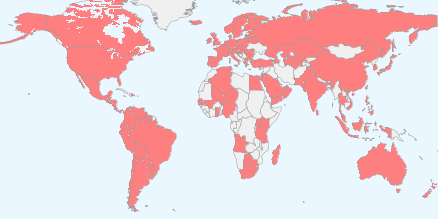 It represents 123 countries. It also shows where the iPhone is currently available.

The following map shows the countries where iTunes music can be purchased. 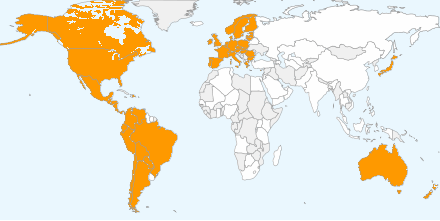 The following map shows the countries where iTunes TV shows can be purchased. 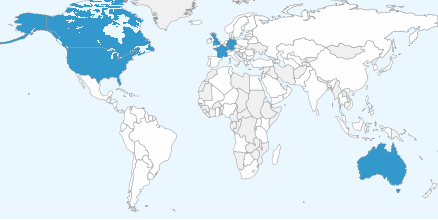 The data is here (along with a widget which lets you generate the maps–if there are errors, please correct them and let me know).

Digital music (as iTunes defines it) started expanding outside the United States in 2004 and managed to reach these 50 other countries in seven years. TV shows took a much slower route. Not only has there been a limited selection of countries in six years of expansion but even in the US, the programs available are a tiny subset of what is being produced.

Is the TV business going to expand digital distribution at the glacial rate of music or not at all? In either case, the distribution of Apps as a digital medium is positively viral.