I truly believe, and many others in the company believe, that there will come a day that the tablet market in units is larger than the PC market.

I began by projecting growth rates of various market participants including the leading Windows PC makers (HP, Acer, Dell, Lenovo and Asus), the combined “others” and the Mac. I also added the iPad, Samsung’s tablets, other Google sanctioned Android tablets and Amazon. I also projected a split between traditional and tablet Windows shipments.

The underlying assumptions are: 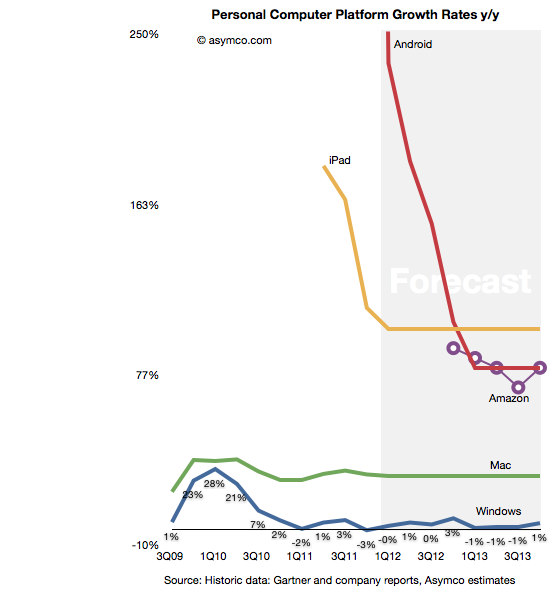 Building the platforms combined growth bottom-up gives the following forecast for the next two years (and historic growth shown for perspective.) 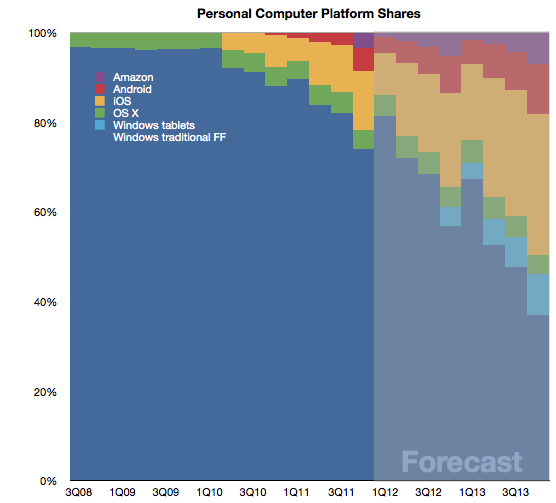 Given these assumptions, the day when the tablet market (by units) will exceed that of traditional PCs will come sometime in the fall of 2013.

As yesterday’s post noted, the tablet market will be additive. This can be seen in the vendor shipments forecast that accompanies the model: 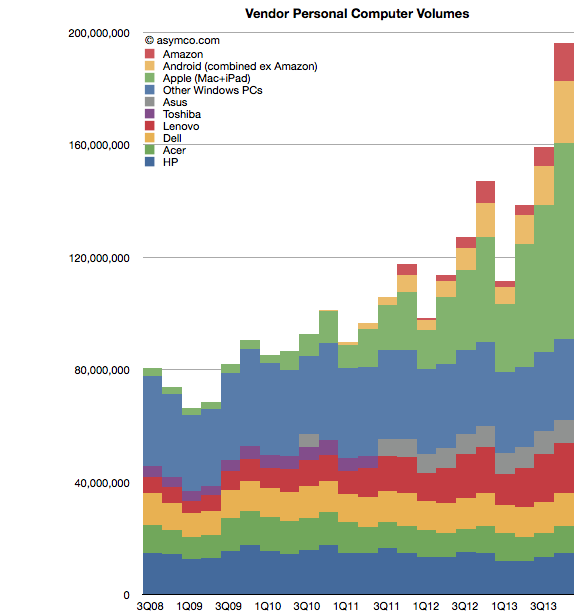