Gartner has published preliminary PC unit sales for Q2. The data from Apple’s Mac sales has not been published yet but based on some estimates, we can draw a partial picture of the personal computer market. 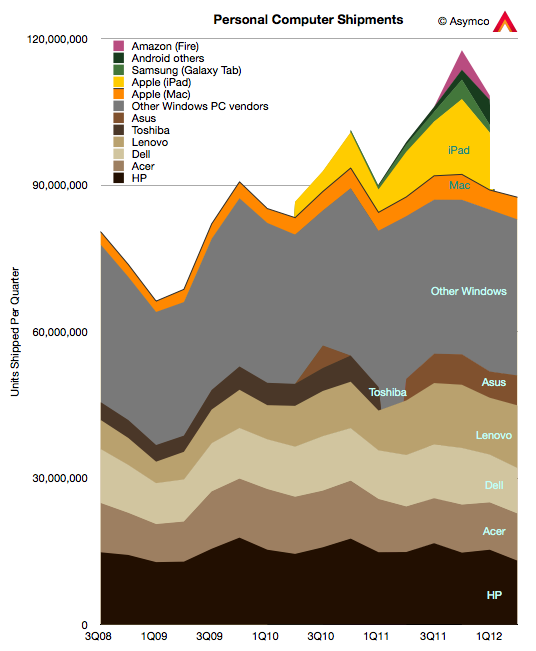 My estimate is that the Windows PC market fell by 1% while the Mac market grew by 15%. Gartner reports an overall flat market. I’ll leave out the iPad for the time being, and show the growth of the Mac vs. Windows: 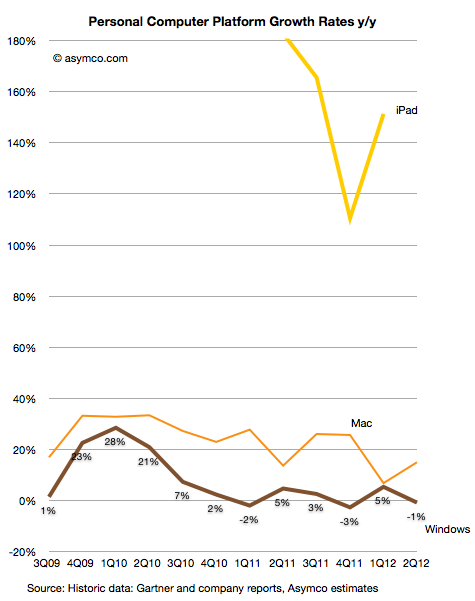 In terms of individual vendors vs. each other, the patterns are as follows: 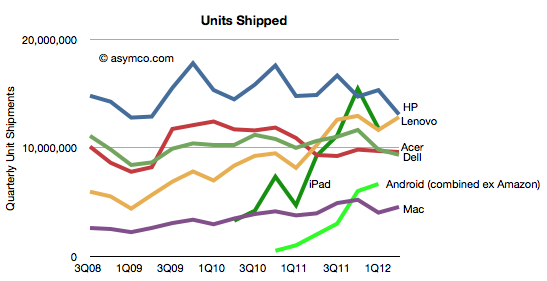 It’s perhaps a bit early to tell, but if the Windows PC market continues to slow or contract, it may be possible that HP and Dell will cede their market share leadership positions to Lenovo and Acer. Already “Others” account for as many units as HP and Dell put together.

If we are to believe the analyst community reflects consensus, the industry, in the aggregate, continues to treat the potential for disruption from devices as unlikely. There always seems to be a wrinkle, a quirk, or an exceptional circumstance that is to blame. I won’t get into all the excuses given by analysts for the slowing of PC sales but will point out that there’s been a series of initiatives put forward by the industry to act as “catalysts” for growth. So far they have not worked. The current expectation is that Windows 8 will reverse this trend.

Perhaps. But perhaps the relief, if it comes at all, will be temporary.

[UPDATE: Due to a data error, the drop in Windows was overstated in the initial version of this post as 10%. It’s been corrected to a drop of 1%]