The Mac grew at the extremely low rate of 1.8% over last year’s second quarter. Although it grew faster than the Windows PC market, the gap has narrowed quite a bit. The following graph shows the growth of the two members of the computing Ancien Régime.

We have to wait a few more quarters before we can decide whether the Mac will enter a new phase of diminished expectations. Although it’s not immune from the impact of the iPad, the effect can take a long time to be evident and in either case, growth can come from conversion of Windows users which vastly outnumber loyal Mac users who might upgrade.

If we see the computing market as the superset of keyboard+mouse input and touch-based input then new computing consumption becomes easier to spot: 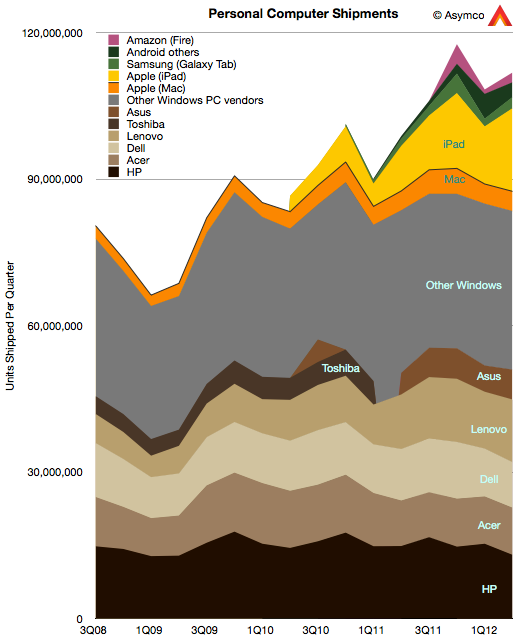 Seen this way, rather than there being a crisis in personal computing, we have a renaissance. And as in the actual Renaissance, it’s a volatile and unsettling period.

Nowhere more so than in the changing of bases of power. Consider the following data: 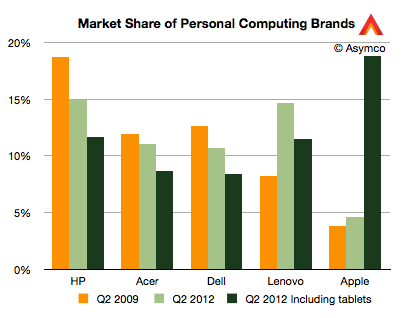 A change in perspective leads one to conclude that Apple is the new leader in selling personal computers. Maybe this charting is putting too fine a point on it, but the data is beginning to make evident that which has been perceived subjectively by only a few.