Apple’s Retail head was recently replaced. The hire seems to have been a mistake dealt with quite swiftly. It is tempting to think that the firing of a manager is due to a failure in their performance, measurable in quarterly reported metrics. But this is not often the case. It may be true of sales or some operations, but most strategic management decisions take months to make and years to implement before you can have the luxury of measured results. And even then the dependencies of performance are many and outside the control of specific managers.

John Browett joined Apple in April and left in October. A mere six months. How did Apple retail perform in those two quarters? Very well actually. Which is to say, as well as it has previously given the overall performance of the company. The correlation can be shown between store revenues and iOS device shipments: 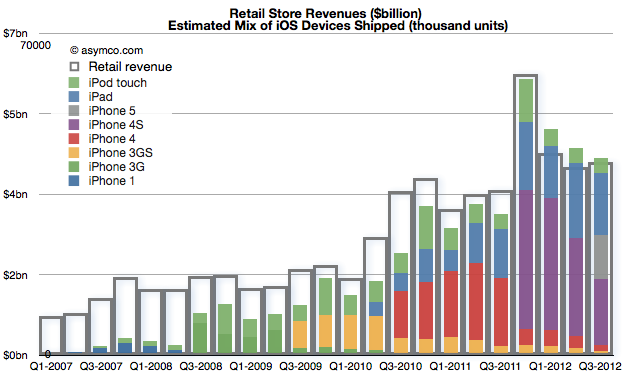 Average visitors per employee picked up slightly but remained largely unchanged since 2008. 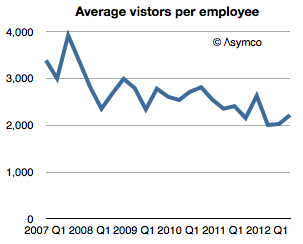 Employment increased in proportion to visitors, consistent with previous quarters. 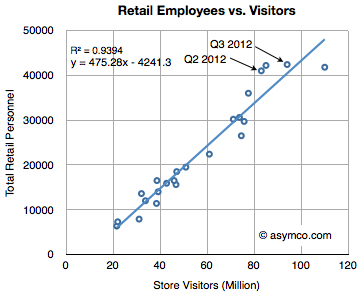 Store openings were 9 and 18, above the recent past but consistent with historic trend. 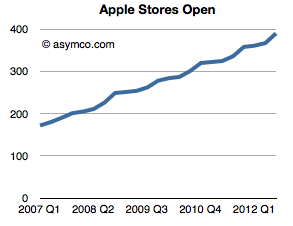 [It should be noted here that the lead time for a store’s opening is longer than the development time of an iPhone so whatever was opened was probably planned in 2010 or so.]

Based on employment time and cost, the “performance” of the stores were not divergent from the overall historic trend (and product launch cycles of the company.) 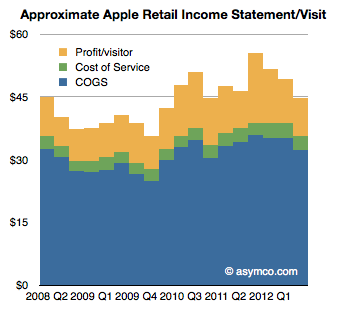 If stores did not show any effect of poor management, then why was Browett fired? I suspect it had mostly to do with a mis-match of understanding of the job the stores are hired to do by consumers and by Apple itself. The company treats the stores as a sales channel but also as a communications channel with its customers. Recall when Steve Jobs was asked why they stopped attending MacWorld (and any other trade show) he answered that they had the dialog they needed with customers through their stores making.

That dialog is engaged between 100 million visitors and 42,000 employees every three months. The average time spent with each visitor is 13 minutes. Each visitor also leaves about $45 behind. As I put it earlier, the stores are the face of the brand.