In 2012 Apple opened 41 stores. The total is the second highest yearly opening rate since the stores first began operating. The highest total was in 2008 when 47 stores opened.

Although it is a healthy total, the surprising story about retail is that stores are not being opened as quickly as Apple’s sales and reach are growing. The following graph shows the yearly opening rate. 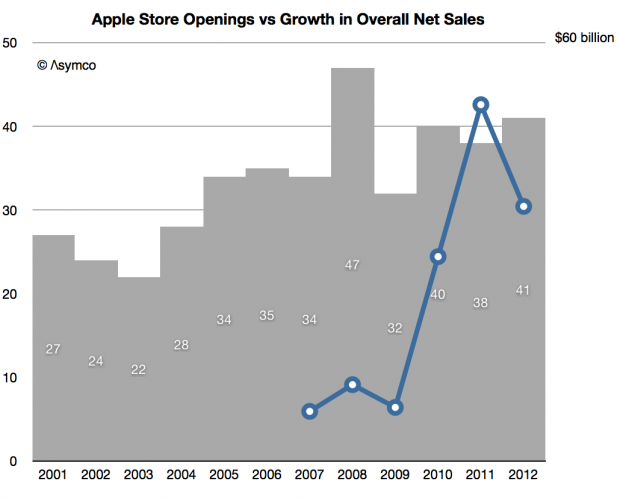 The line in the graph above shows the change net sales since 2006 (right scale).

The store opening rate has been around 40/yr. during the last five years, up from 30/yr. during first seven but a 33% growth rate it’s still a frustratingly slow rate of growth. Consider that during 2007 when Apple opened 34 stores, Apple’s net sales were growing at the rate of $7 billion/yr and that in 2012 when it opened 41 stores sales grew about $37 billion or more than 5 times faster.

Although performance for the stores has improved (i.e. the sales per store went up), sales outside of their own retail channel are now a far higher portion of total. 2007 retail revenues were $4.7 billion or 17% while 2012 were $19.1 billion or 12%. You can see the mix by region in the following graph: 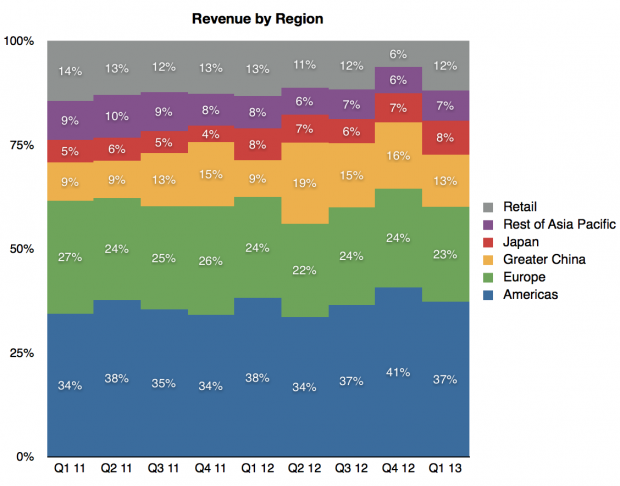 Note that these are quarterly figures.  Now consider the split of stores currently open in each region: 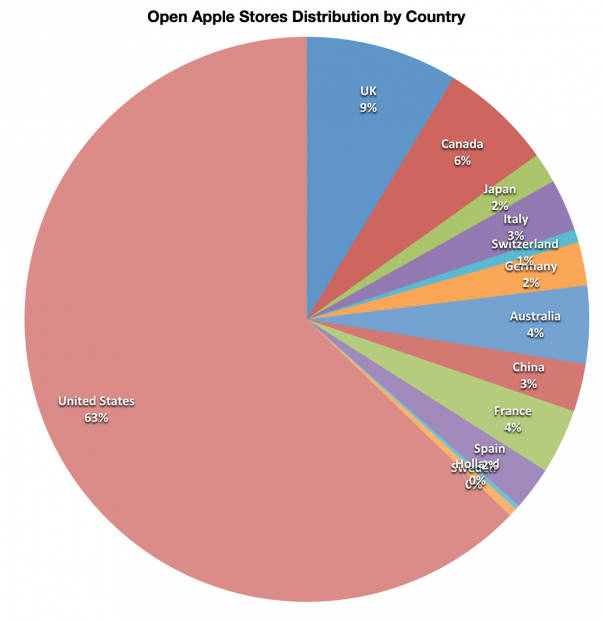 We can then conclude that for sales outside of the retail channel, the split of sales and stores is as follows:

This explains the current mix of store openings, shown below: 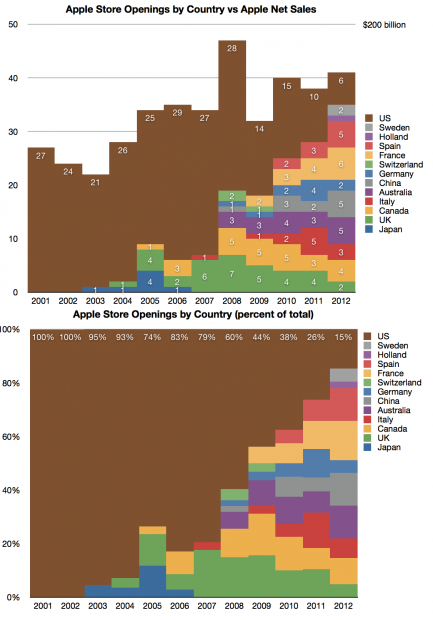 In 2012 only about 15% of store openings were in the US. It would seem reasonable therefore to expect that the priority for most, if not all, future openings should be outside the US to address the current sales/retail presence imbalance and to accommodate the bulk of future growth.