That means 270 million ebooks were sold in 16 months. Or about 17 million units per month, on average. It also suggests 2012 ebook sales of about 200 million units.[1] The following graph shows the download rate of books relative to apps and songs: 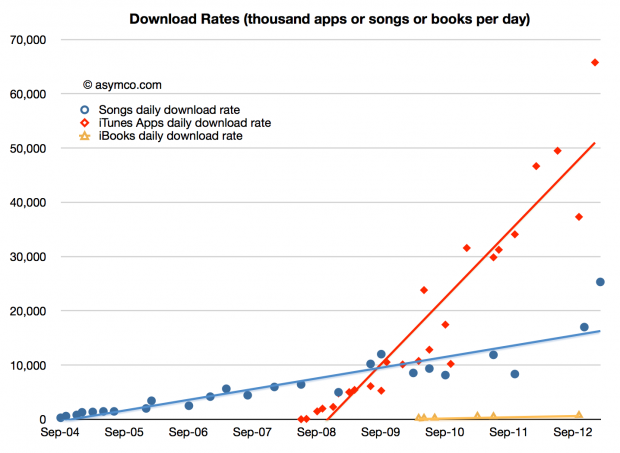 The download rate looks paltry but we need to remember that Apps have a very low average selling price (about 23 cents including in-app purchases) and that Songs are probably priced around $1.1 on average. In contrast each ebook could be generating about $10 per download.

However that may be a bit high. We don’t know the mix of lower priced and higher priced books. Many best sellers are $13 or $14 but there might be some free books in the mix as well.

If I choose a more conservative $9 average selling price and assuming a 70% share for the publisher then Apple’s iBooks generated about $1.3 billion in payments and grossed about $1.8 billion.

In the past few posts I measured the iTunes App ecosystem and the Music economy. With the iBook market now measured we can derive the size of the only remaining media type: video. 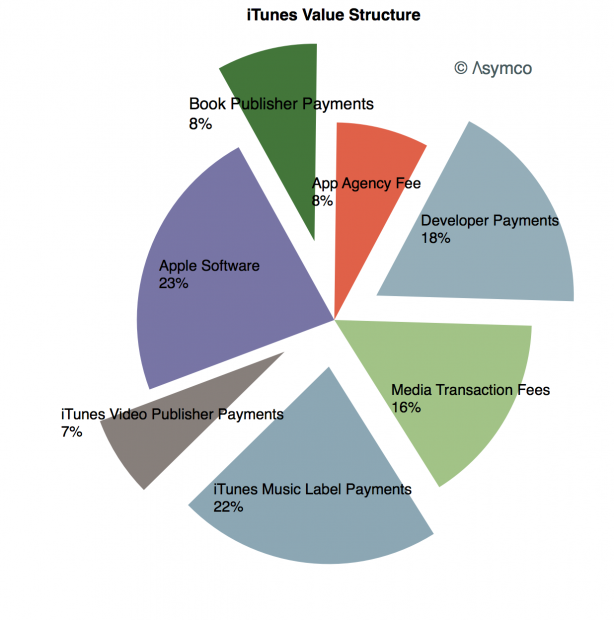