When looking at the Race to a Billion data I noticed that some platform adoption ramps look quite different from others. It’s not just a matter of “slope” or rate of growth but a distinctly different shape.

If you look at the graph below you might see the difference yourself. 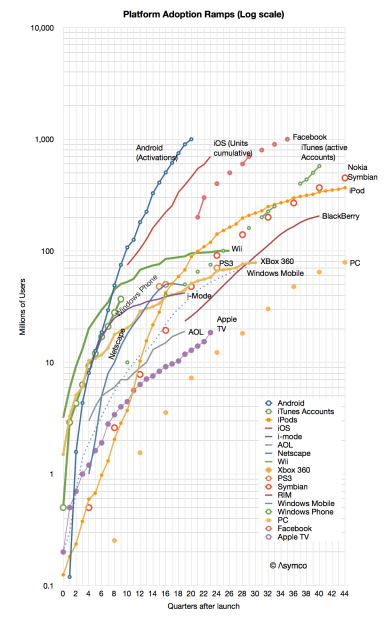 Second, we can eliminate linear or logarithmic functions. They simply do not fit.

That leaves: polynomial or power. It’s easy to test these alternatives for all the functions and it becomes clear that most of the platforms split into one of these two classes.

Here are the classes2: 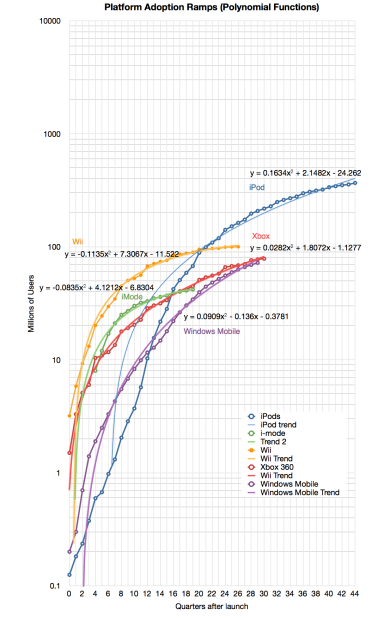 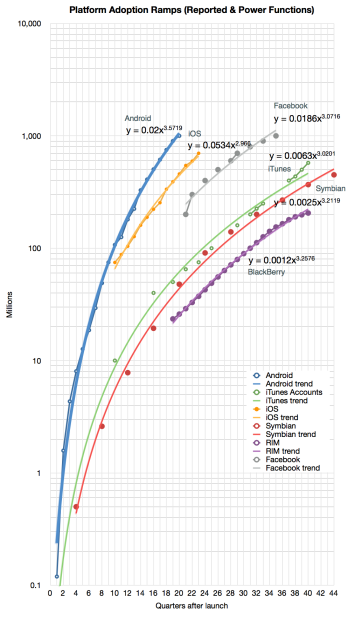 Note that I added the formulas for the selected platforms.

I named these classes after their function types: “Power platforms” or “Second Order platforms”3.

This classification has two benefits:

To illustrate the second benefit, I took the Android, iOS and Facebook power functions and modeled (i.e. extrapolated) them for a few quarters into the future. The result is shown below: 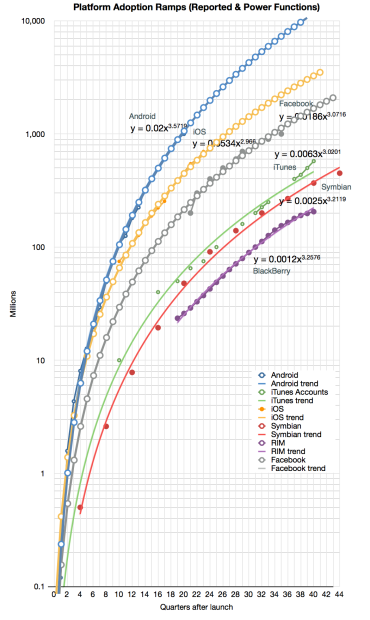 The forecast shows the following: