This total is lower than the total shipped in the same period of 2008. 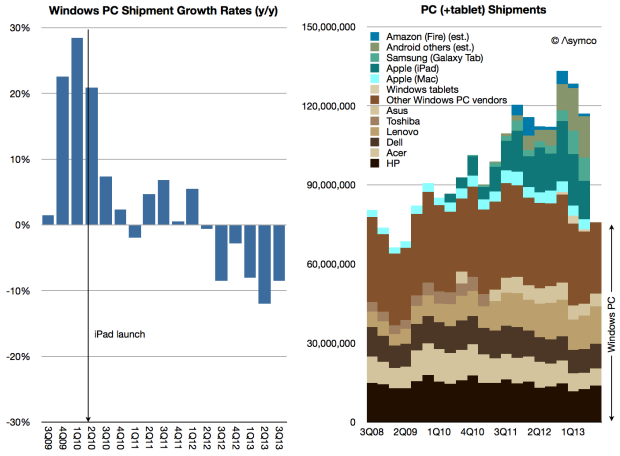 The graphs above show the Gartner data and the split between tablets and PCs.2 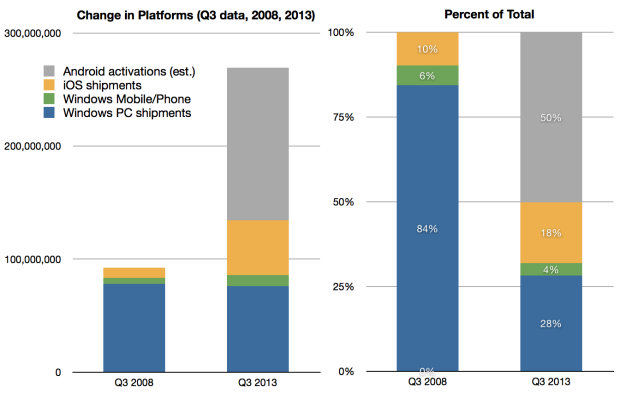 Any guesses on what this market will look like in 2018?