Thanks to Symbian, the EU5 countries (France, Germany, Italy, Spain and the UK) had an earlier start in the conversion of phone usage from non-smart to smart devices. According to published comScore data, in July 2010 the EU5 were at 26.6% penetration of smartphones and the US was at 22.8%1.

However, with the aid of mobile operator subsidies, by the beginning of this year, the US caught up. According to comScore EU5 reached 57% penetration in March 2013 while the equivalent figure for the US was 58%.

Using the logistic curve model introduced last week, it’s possible to get an approximate categorization of the adopters of the technology: 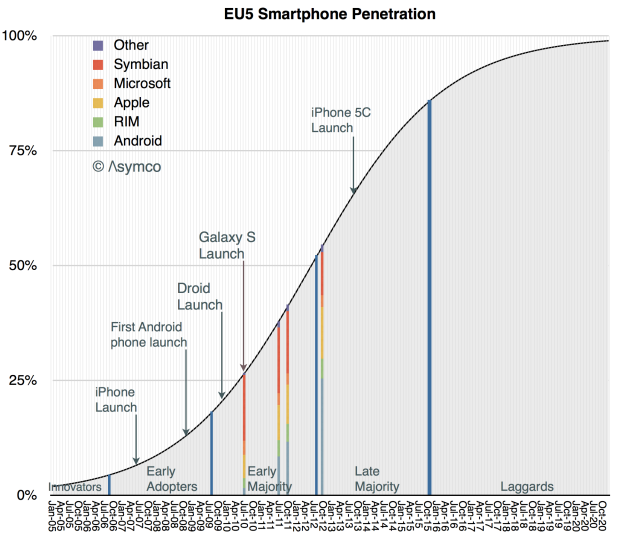 As with the previous analysis, the graph identifies the following dates:

One final observation: the two markets appear to be converging thus placing the analyst in the comfortable position of forecasting the adoption of smartphones for a total population of 425 million people2. 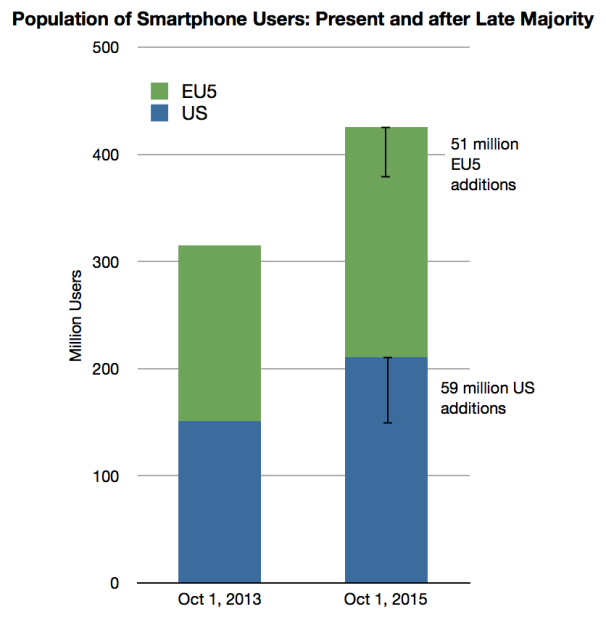 If we define saturation as the end of the “Late Majority” period then the number of new-to-smartphone users remaining for the combined EU5 + USA markets is 110 million of which 59 million will adopt in the US and 51 million in Europe. They will all join ecosystems in the next two years.